You are here: Home / Podcast / Is The World’s Largest Sea Turtle No Longer Endangered? 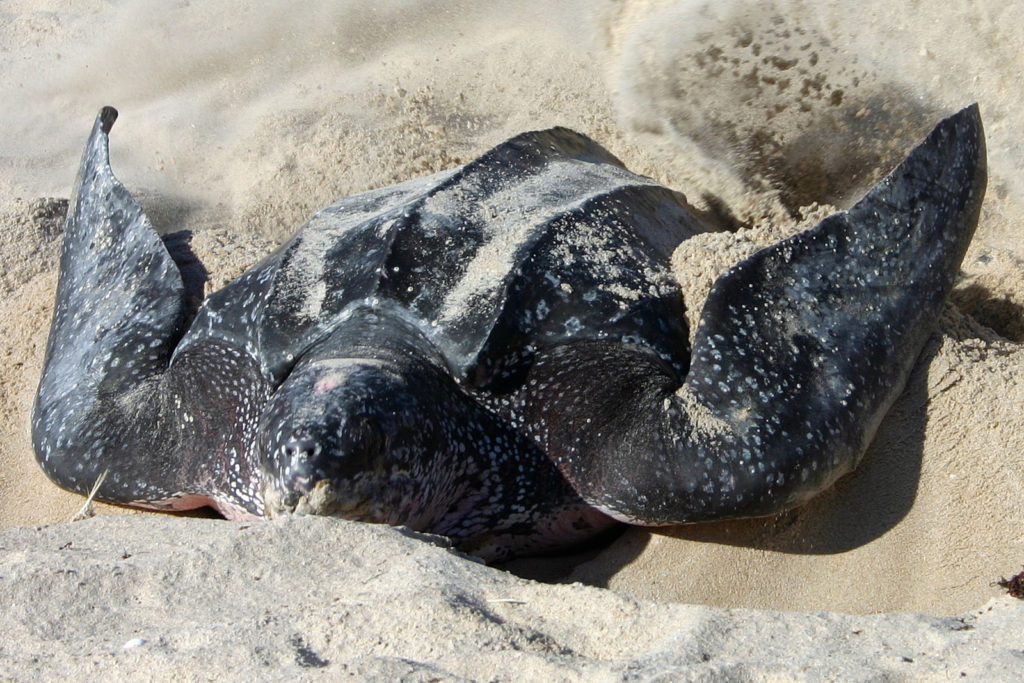 But there are some exceptions.  According to federal ocean managers, it might be time to move the East Coast population of the world’s largest turtle from the list of endangered animals.

Officials with NOAA have received a petition asking that the designation of the Northwest Atlantic Ocean’s leatherback sea turtles be changed from “endangered” to “threatened” under the Endangered Species Act.  The giant reptiles, which can weigh 2,000 pounds, would remain protected under federal law, but in a more limited capacity.

NOAA officials are reviewing the petition, which was submitted by Blue Water Fishermen’s Association, and says there is “substantial scientific and commercial information” that the move might be warranted.  NOAA has eight months to make a decision about the status of the turtles and is collecting comments on the subject until February 5th.

Leatherbacks live in oceans all over the world.  The large reptiles feed mostly on jellyfish.  This has left the turtles vulnerable to the copious amounts of swirling plastic in the ocean, which can kill them if ingested.

Leatherbacks have been listed as endangered by the United States since 1970.  The stability of the sea turtle population will likely be the deciding factor in whether the listing is changed.

‘Sea Turtles’ from Earth Wise is a production of WAMC Northeast Public Radio.