You are here: Home / Podcast / Hippo Waste And Fish 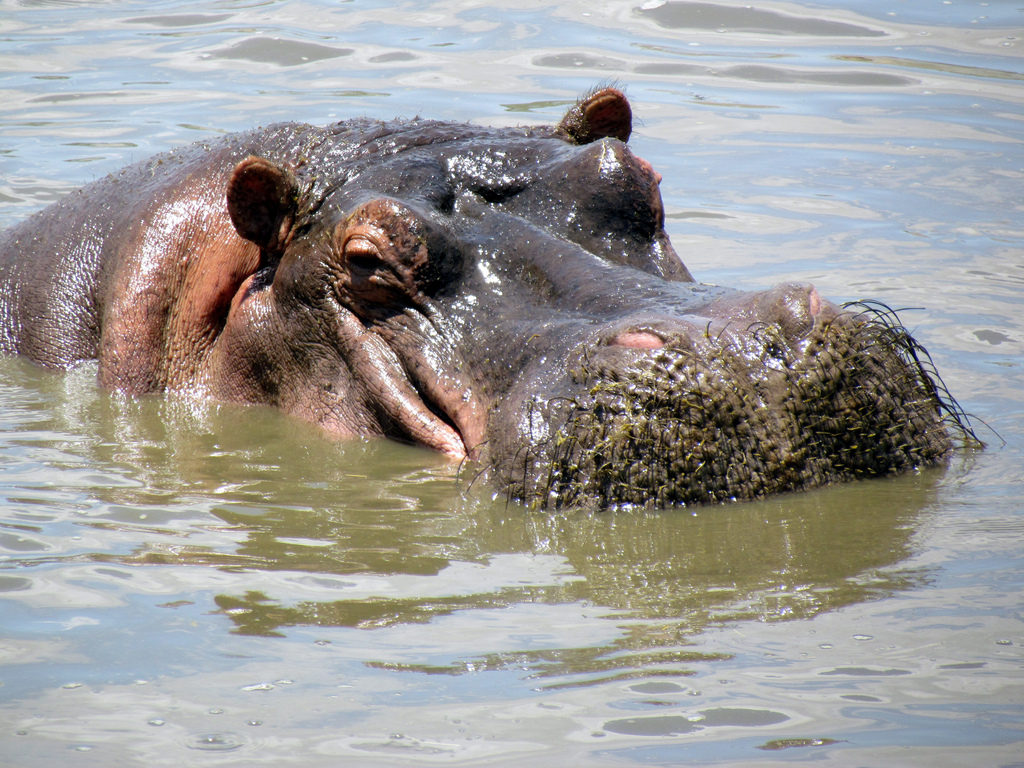 Agricultural and sewage pollution can cause low-oxygen conditions and fish kills in rivers. A new study published in Nature Communications reports that hippo waste can have a similar effect in Africa’s Mara River, which passes through the world renowned Maasai Mara National Reserve of Kenya and is home to more than 4,000 hippos.

Hippos spend their nights grazing in the savanna and their days wallowing in shallow pools to keep cool and escape the sun. As they wallow, they excrete waste, which depletes oxygen from the water as it decomposes. (Microbial activity also produces chemicals like ammonium and sulfide, known to be lethal to fish).

During dry periods, oxygen-poor water accumulates in hippo pools, then periodic intense rains eventually flush the water – and its slurry of toxic waste – downstream, killing fish in its path.

Over three years, the team monitored water chemistry and flow downstream from 171 hippo pools. Of the documented 55 flushing flows – defined as when rain events increased river flow to twice its normal rate – dissolved oxygen concentrations declined during 49 of the events, falling low enough to cause fish kills 13 times.

Emma Rosi is a freshwater ecologist at the Cary Institute of Ecosystem Studies.

“We’ve also observed in this system that those fish that are killed during these periodic flushing events are quickly consumed by scavengers like vultures and hyenas.”

This study suggests that altering a river’s flow regime through dams or water withdrawals could have ecological consequences in African rivers with hippos. It also adds to our understanding of how rivers operated before populations of large animals like hippos were eliminated from much of their historical range.

‘Hippo Pools’ from Earth Wise is a production of WAMC Northeast Public Radio.