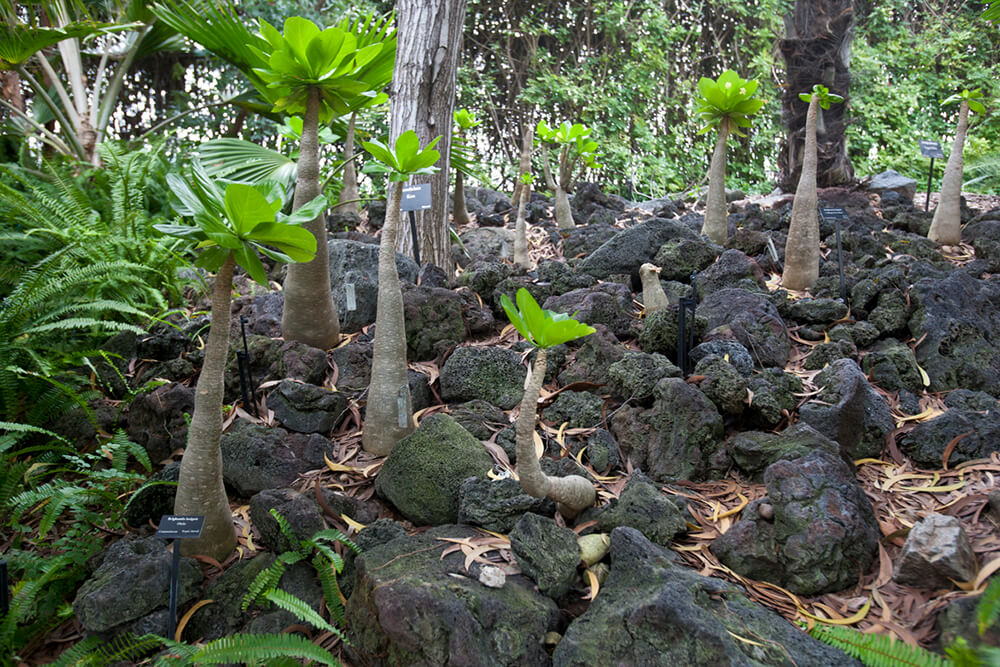 The International Union for Conservation of Nature’s Red List of imperiled species includes 2,787 plants that are considered critically endangered and facing a high risk of extinction.  In many cases, fewer than 50 individuals remain in the wild.  Among these rarest-of-the-rare plants are 43 U.S. native trees.

Over the past few decades, botanic gardens have taken the lead in efforts to save imperiled plants by creating a backup system of cultivation as a hedge against extinction in the wild.  They have collected seeds and pollen for safeguarding in seed banks and also have spearheaded efforts to propagate species and reintroduce them to their natural habitats.

The world of botany also has its rock stars – people who risk their lives to preserve endangered plant species.  These extreme botanists bushwhack through remote valleys, dangle from helicopters, and teeter on the edge of towering cliffs collecting plant materials.

One such botanist, Steve Perlman of the University of Hawaii, has spent decades in efforts to save a strange-looking Hawaiian plant known as cabbage-on-a-stick.  A combination of hurricanes and predation from goats has reduced the population of the plant to nearly zero.  It can no longer reproduce in the wild.  But thanks to Perlman’s efforts, it has been brought into cultivation and hundreds of thousands of specimens now grow in various locations throughout the world.

Extreme botanists are trying to save disappearing plants across the globe.

‘Extreme Botany’ from Earth Wise is a production of WAMC Northeast Public Radio.