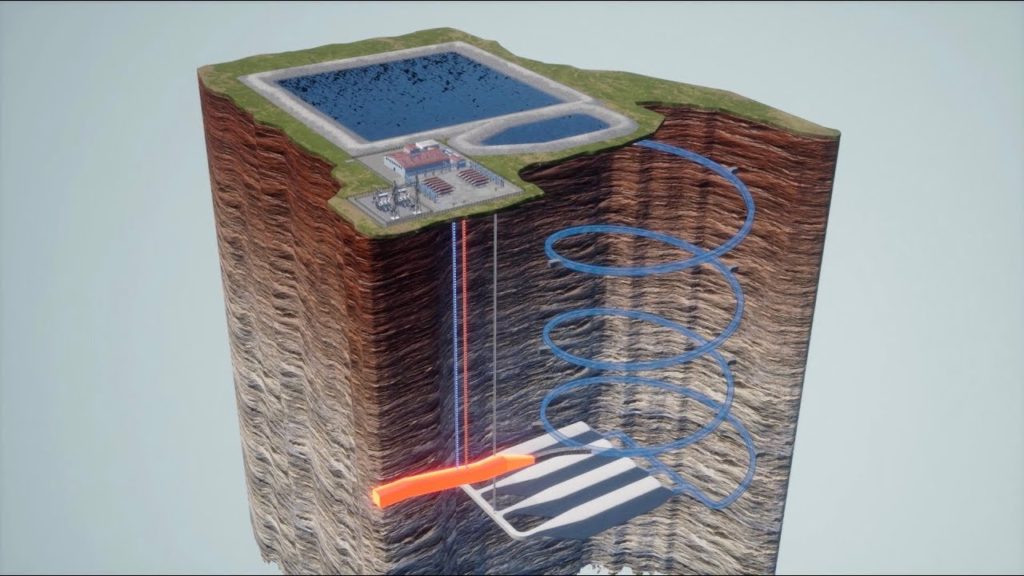 The increasing use of solar and wind power has created a growing need for technology to store up the energy they generate for use when it is most needed.

Historically, pumped hydropower has provided the largest amount of storage capacity, but it is limited to only certain geographic locations.   Battery energy storage has been growing rapidly, with the technology becoming better and cheaper over time.  But there are various other ways to store energy that have potential and may well find their place in the changing energy infrastructure.

One of these is compressed air energy storage, which has been around for more than a century.  It has been used as a backup method for restarting power plants.  But to date, the economic viability of using it at a large scale has been lacking.

A Canadian startup company called Hydrostor is developing compressed air energy storage technology that it believes can be used on a utility scale.

The way it works is excess renewable energy is used to run compressors that compress air.  Compressing the air heats it up and the heat is captured and stored in insulated hot water tanks.  The compressed gas is then injected into underground caverns.  When energy is needed, the compressed air is released, the stored heat is added, and the warmed gas is run through turbines to generate electricity.  Additional features improve the system’s efficiency.

Hydrostore has built a 1 MW pilot project in Ontario, Canada and is now commissioning a 2MW system as well.  It is funded to build a 5 MW system in Australia next year and it is bidding for 300 MW and 500 MW systems in North America.  The company has received equity funding from Baker Hughes, a large oil-and-gas services and equipment company.