You are here: Home / Podcast / Climate Change And Insurance 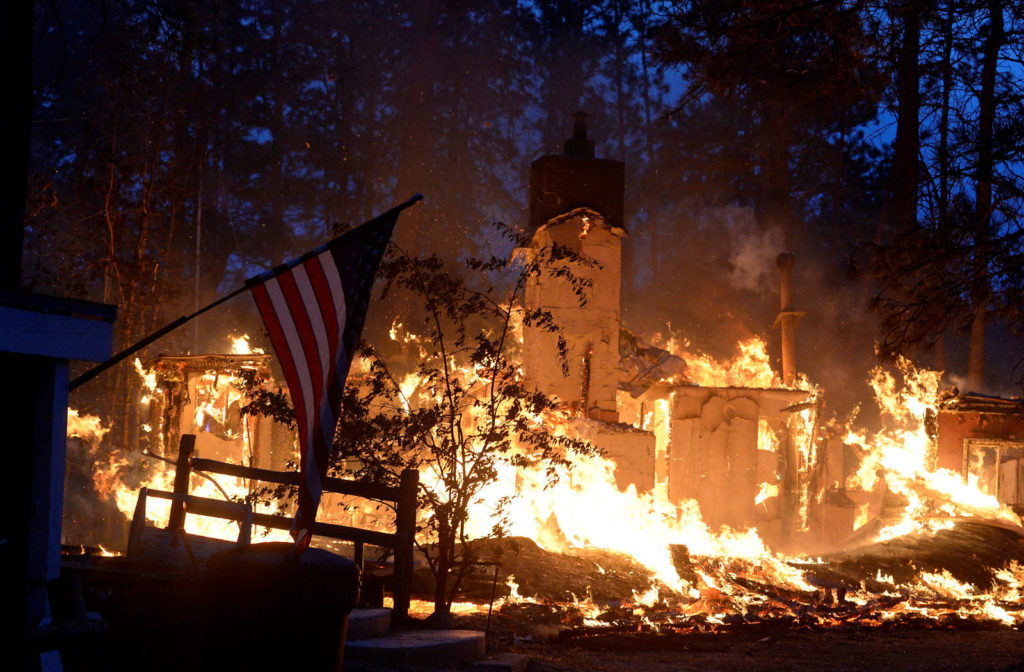 While there are still some people who remain dubious about the reality of climate change, insurance companies are not among them.  And, in fact, insurers are warning that climate change could make coverage for ordinary people unaffordable.

Munich Reinsurance, the world’s largest reinsurance firm, blamed global warming for $24 billion in losses from California’s recent wildfires.  Such costs could soon be widely felt as premium rises are already under discussion with insurance companies having clients in vulnerable parts of the state.

With the risk from wildfires, flooding, storms and hail increasing, the only sustainable option for the insurance industry is to adjust risk prices accordingly.  Ultimately, this may become a social issue.  Affordability of insurance is critical because if rates go up too much, many people on low and average incomes in some regions may no longer be able to buy insurance.

The great majority of California’s 20 worst forest fires since the 1930’s has occurred since the year 2000 driven by abnormally high summer temperatures and persistent drought. The reinsurance giant analyzed decades of data with climate models and concluded that the fires are likely driven by climate change.

It isn’t just wildfires.  Insurance premiums are also being adjusted in regions facing an increased threat from severe convective storms whose energy and severity are driven by global warming.  These include parts of Germany, Austria, France, southwest Italy, and the U.S. Midwest.

Linking extreme weather events to climate change is a bit like attributing the performance of a steroid-using athlete to drug use.  The connections are clearer in patterns than in individual disasters.  But the pattern these days is pretty clear.

Climate Change Could Make Insurance Unaffordable for Most People