You are here: Home / Podcast / Cleaning Up Shipping Fuel 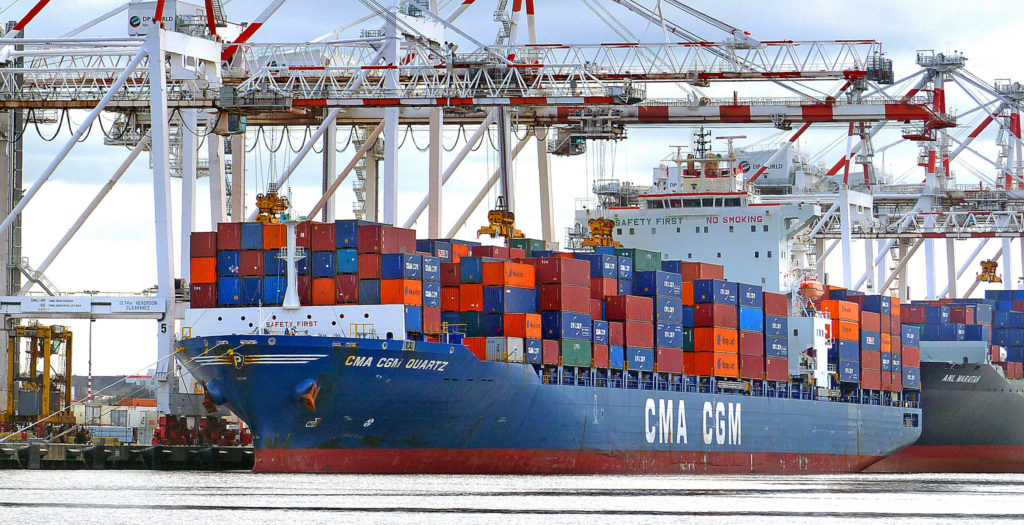 Cargo ships are significant sources of global air pollution because of their fuel oil.  Most ships burn something called “bunker fuel” which is a pitch-black, molasses-thick fuel made from the dregs of the oil refining process.  It is loaded with sulfur, so when it is burned it produces noxious gases and fine particles that can harm human health and the environment.  Because bunker fuel is made from petroleum refining residues, waste byproducts sometimes end up in the mix, making the stuff even a worse source of pollution.

Low-sulfur alternatives are generally more expensive and less widely available than bargain-priced bunker fuels.  Shipping companies worry that moving away from bunker fuel will lead to fuel shortages and spikes in cargo rates.  Nevertheless, a change is coming.

Starting January 1, 2020, the International Maritime Organization (IMO) will require that all fuels in ships contain no more than 0.5% sulfur.  The new cap is a major reduction from the existing sulfur limit of 3.5% and is well below the industry average of 2.7%.  Public health experts estimate that once the cap takes effect, it would prevent about 150,000 premature deaths and 7.6 million childhood asthma cases globally each year.

Despite industry concerns, many shipping companies are already working to comply with the cap, either by installing exhaust scrubber systems that remove sulfur and particulates or by switching to liquified natural gas fuel.

Roughly 70% of the maritime industry’s emissions occur within 250 miles of land, exposing hundreds of millions of people to harmful pollutants.  The shipping industry is one of the world’s largest emitters of dangerous sulfur oxides.  It is high time for the industry to clean up its act.

At Last, the Shipping Industry Begins Cleaning Up Its Dirty Fuels

‘Cleaning Up Shipping Fuel’ from Earth Wise is a production of WAMC Northeast Public Radio.