You are here: Home / Podcast / Carbon And North American Forests 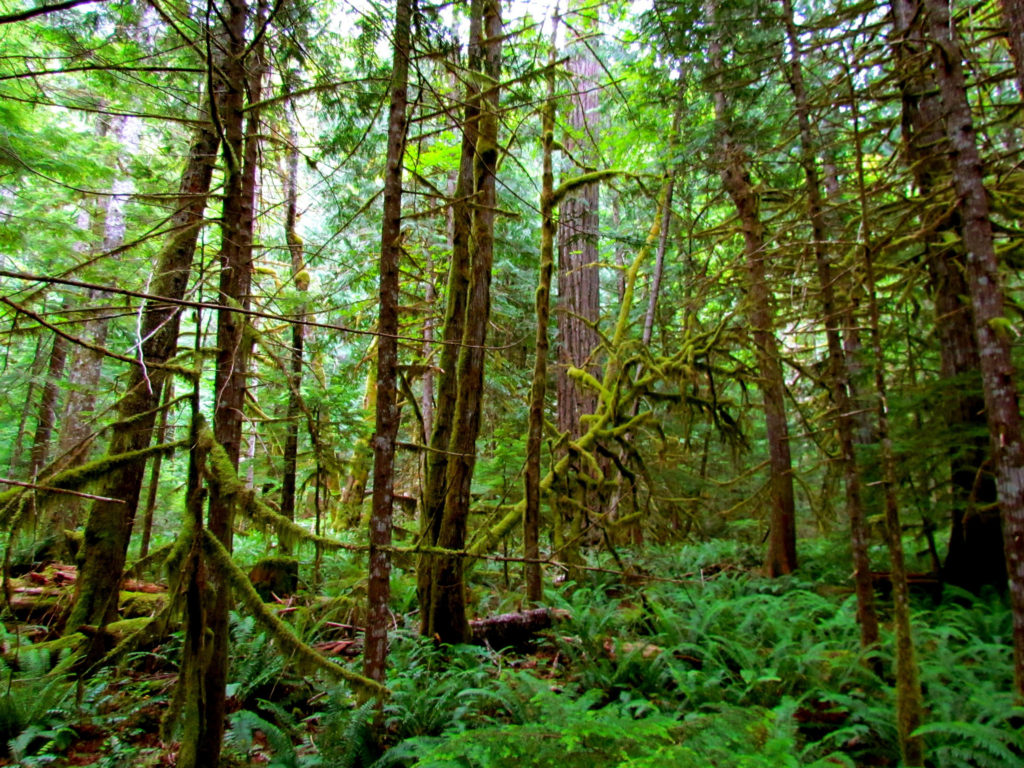 Researchers have for the first time calculated the capacity of North American forests to sequester carbon.  The detailed analysis by UC Santa Cruz and collaborators in China and Arizona considers two key factors:  the natural process of forest growth and regeneration, and effects brought about by climate change.

Forests play a critical role in mitigating the effects of climate change.  Trees absorb carbon dioxide from the atmosphere as they grow.  The carbon is stored in their wood.  So many people look to forests as a good way to soak up the excess carbon dioxide we are producing.

According to the new study, North American forests have reached 78% of their capacity to sequester carbon dioxide and will gain only 22% capacity – at the very most – over the next 60 years.  That is not an encouraging result for forest managers, climate scientists, and policy makers.

The study made use of exhaustive, ground-based measurements from 140,000 plots in the U.S. Forest Inventory and Analysis program and the Canada Permanent Sample Plots program.

The best-case scenario does not consider very real disturbances to forest growth:  disease outbreaks, wildfire and wind effects, and human-caused effects such as loss of forests to development.  The findings point to the need to protect North American forests and reduce deforestation elsewhere.  Reducing deforestation in the tropics is much easier than expanding forests in North America.  That option is very limited.

North American forests are getting close to the saturation point as older trees plateau.  Future growth is primarily limited to pine forests in the East and Southeast.  If climate mitigation depends on our forests, we have a hard path to follow.

‘Carbon and North American Forests’ from Earth Wise is a production of WAMC Northeast Public Radio.