You are here: Home / Podcast / Bad News For Penguins 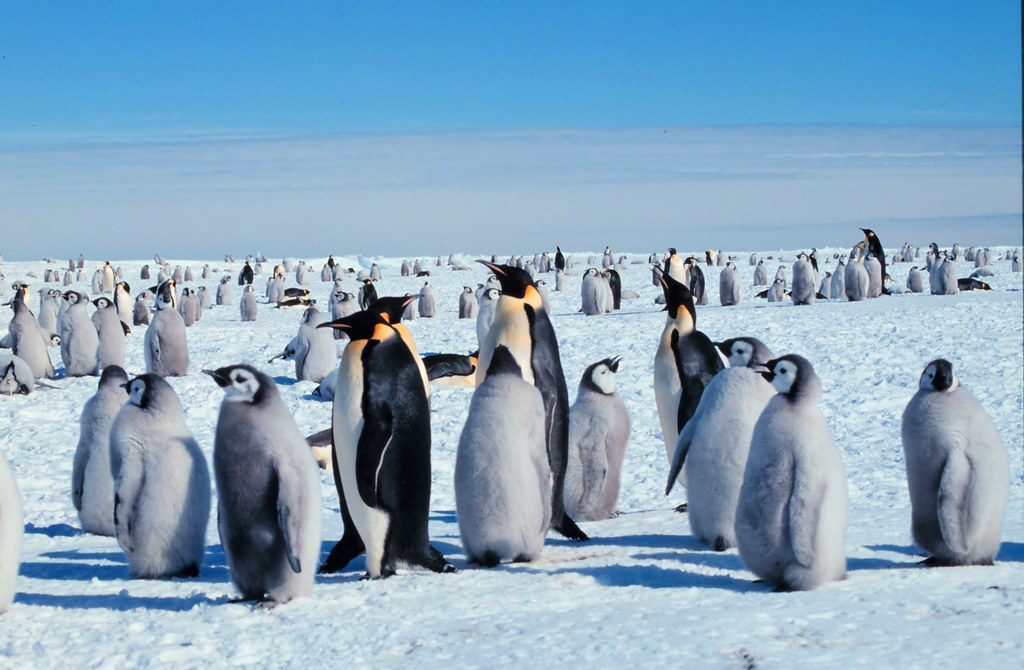 The second-largest breeding colony of emperor penguins in Antarctica, located in the Waddell Sea, has experienced “catastrophic breeding failure” for the past three years.  Nearly all of the colony’s chicks have failed to survive due to the breakup of sea ice, according to a new study published in the journal Antarctic Science.

The colony was once home to 14,000 to 25,000 breeding pairs, which represents as much as 9% of the global emperor penguin population.  Emperor penguins are the tallest and heaviest of all living penguins, reaching up to 4 feet in height and weighing between 50 and 100 pounds.  They are the only penguin species that breeds during the Antarctic winter and their lengthy treks to breeding colonies have been the subject of numerous films and television shows.

Sea ice at Halley Bay in Antarctica had been stable and reliable for nearly 60 years but stormy weather in 2016 driven by El Nino conditions, strong winds, and record low ice extent caused the ice on which penguin chicks gather to break up.  This happened again in 2017 and 2018.  By last year, just a few hundred adult pairs were present at the breeding site and almost no chicks survived the ice breakup.

Researchers say that they have never seen a breeding failure on a scale like this in 60 years of studying the colonies.  On a more positive note, while the population of the Halley Bay site has collapsed, the Dawson-Lambton breeding area – located about 34 miles away – has actually seen significant growth over the past four years.  While this is encouraging, the growth at Dawson-Lambton does not fully compensate for the losses at Halley Bay, which was once considered relatively safe from the impacts of climate change.