You are here: Home / Podcast / A Philippine Coral Reef Survives 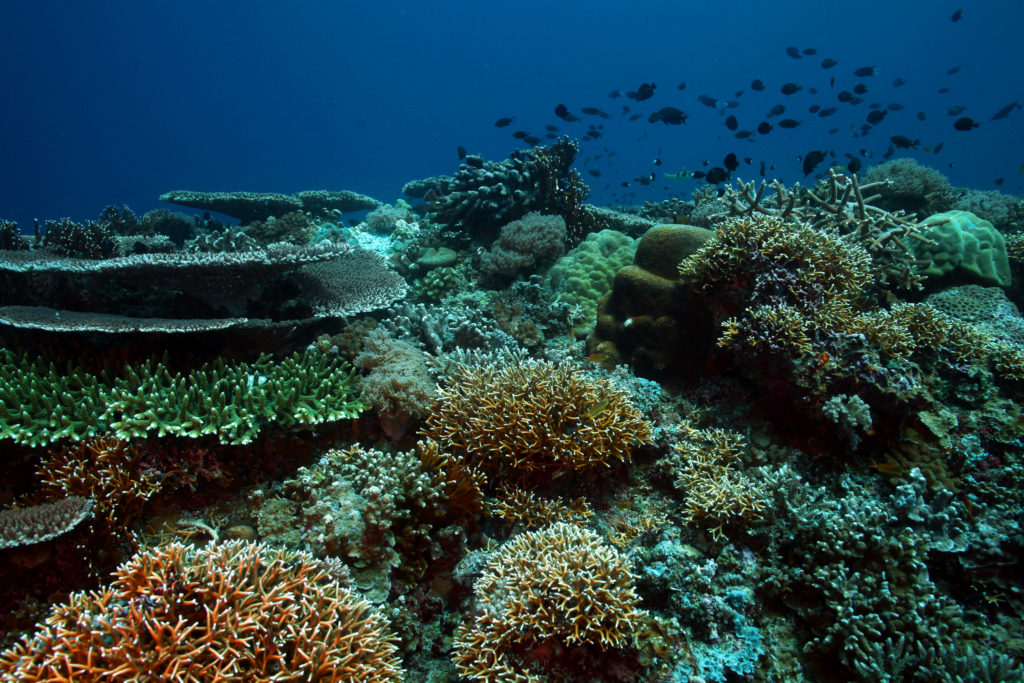 One of the greatest coral reef ecosystems in the world, the Tubbataha Reef in the Philippines, continues to prosper.  Undersea coral walls that plunge more than 300 feet deep are home to some 600 species of fish and 360 kinds of coral, about half of all known species.  According to experts, the ocean wilderness of Tubbataha Reef is about the closest thing to a true natural state for any reef in the world.

In the early 1980s, the reef was under attack by fisherman using everything from dynamite to cyanide to catch fish.  On the reef’s inlets, they gathered seabirds and their eggs.   But in 1988, Tubbataha was designated a national marine park.  Five years later, UNESCO named it a World Heritage Site.

Why has the preservation of this natural wonder been so successful?  In part, because of its isolation.  The reef sits near the center of the Sulu Sea, more than 90 miles away from the nearest inhabited islands.

But also, there is great public support for the reef and the Philippine government has rigorously enforced its protection.  Park rangers, some of them members of the military, have protected Tubbataha since 1995.  They live two months at a time on a tiny spit of land on the reef in total isolation.

Tubbataha is an important tourist destination, but its isolation keeps visitor numbers manageable.  It is not immune to the scourge of plastic pollution and the effects of the warming climate since Tubbataha has seen bleaching events in recent years.  But at least for now, Tubbataha remains one of the last places on earth where the marvels of the undersea world are in their pristine state.