You are here: Home / Air and Water / A Floating Wind Farm 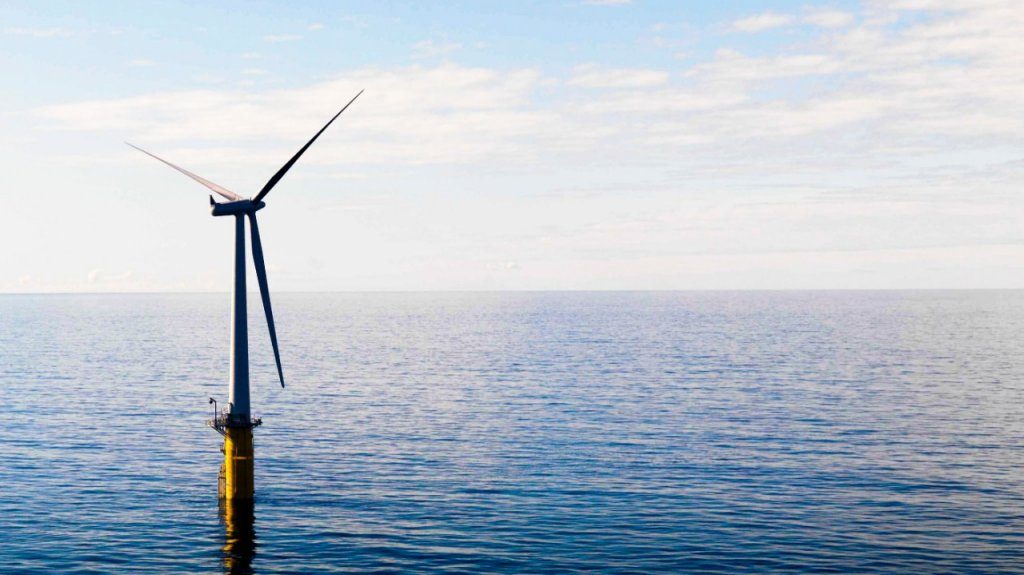 Putting wind turbines out in the ocean makes sense because winds are stronger and steadier out there and because the turbines don’t take up valuable real estate.   But installing them in the ocean depths requires impressive and expensive engineering and ultimately is limited by sea bottoms that are too deep to reach.

Recently, the world’s first floating wind farm has begun to produce power in Scotland.   The developer, the Norwegian company Statoil, says that it is only a matter of time for the cost of the technology to be low enough to open up parts of the ocean previously considered too deep for stationary turbines.

Statoil developed software that twists the blades of the floating turbines in response to the motions of the wind, waves and ocean currents.  A combination of ballast at the base of the structure and the dynamic management of the blades keeps the 574-foot tall, 11,000-ton turbines upright in the middle of the ocean.

The new farm is located about 12 miles off the coast of Peterhead in Scotland.   When all five giant turbines are installed, they will produce enough energy to power 20,000 households.

Right now, floating wind turbines cannot compete economically with fixed turbines, whose cost has dropped by 30% in just the past 5 years.  But as the technology is scaled up, it may end up being a major player in renewable power.

‘A Floating Wind Farm’ from Earth Wise is a production of WAMC Northeast Public Radio.