You are here: Home / Air and Water / Whales In The Big Apple 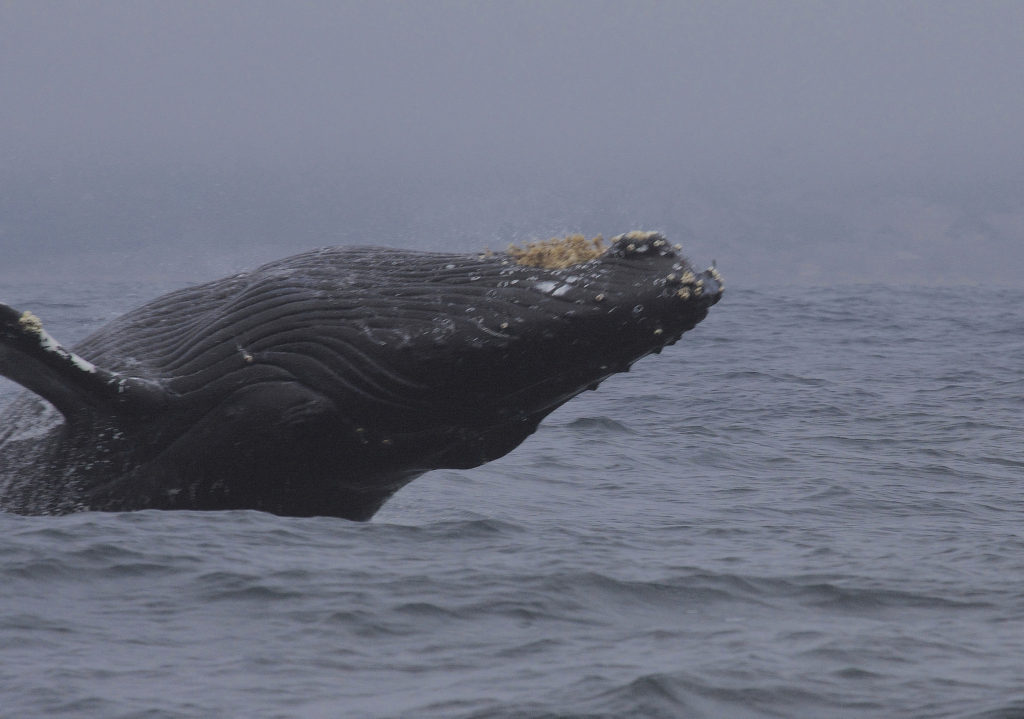 For the first time in a century, humpback whales have returned to the waters of New York harbor.   These are not rare sightings, either.  The whales are showing up in enough numbers that a company is taking tourists out into the harbor to see whales with a backdrop of Manhattan skyscrapers.

The return of the humpbacks in associated with the improvement in water quality in New York harbor.   With the cleaner water, algae and zooplankton have multiplied, in turn providing good eating for the whales’ favorite snack:  menhaden, a small oily fish.

People started spotting whales again in 2011, but by 2014, humpbacks started to get the attention of many New Yorkers.  Humpbacks like to float with their snout and head out of the water in a motion called spyhopping, which looks like a person treading water.  It is an amazing sight with the Empire State Building in the background.

The rivers of New York City used to be dumping grounds for industrial chemicals, sewage, medical waste, and even cars.  They were too polluted for swimming.  But after the Clean Water Act was enacted in 1963 and expanded in 1970, 1977, and 1990, cleanup operations began.  The 1970 New York Environmental Conservation Law gave the state power to clean up the environment.  So today, people fish in the Hudson and with a few exceptions, the fish are safe to eat.

And it isn’t just whales that are hanging out in New York’s waterways.   People swim in the East River.  Thousands of athletes jump into the Hudson for an annual triathlon, and companies offer paddle board lessons and kayak rentals.  The return of the whales is a sign that New York is doing right by its waterways.

Why whales are back in New York City

‘Whales in the Big Apple’ from Earth Wise is a production of WAMC Northeast Public Radio.