You are here: Home / Air and Water / Air Pollution And Solar Power 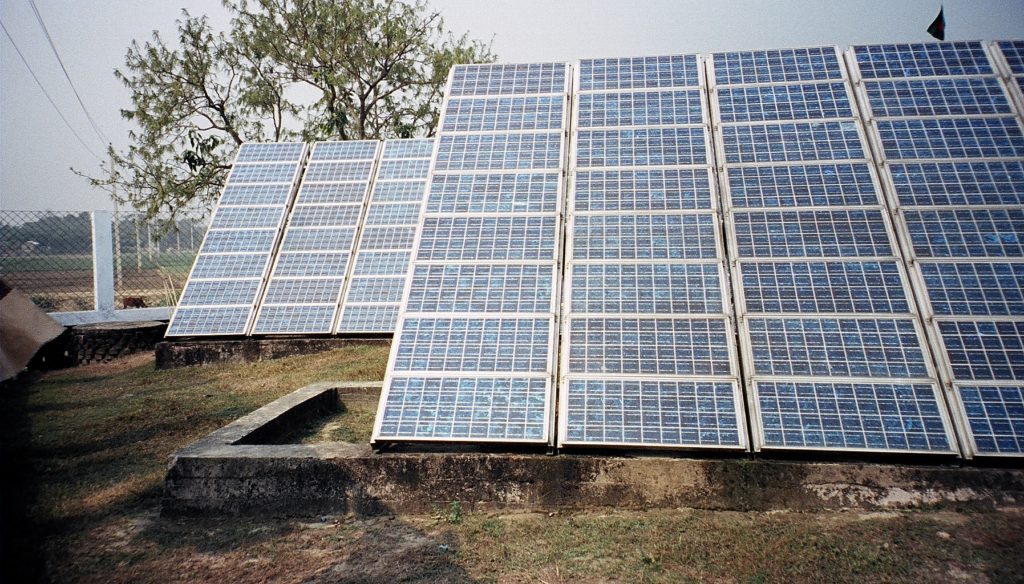 The study found that airborne particles accumulating on solar cells are cutting energy output by more than 25% in certain parts of the world.  The places most strongly affected are China, India and the Arabian Peninsula, all areas investing heavily in solar energy installations.

Duke researchers measured the output of solar panels at the Indian Institute of Technology in Gandhinagar and found that as the panels became progressively dirtier over time, their output dropped steadily.  Their data showed that there was a 50% jump in efficiency each time the panels were cleaned after being left alone for several weeks.

Most of the coating on the panels was dust with the rest being carbon and ion pollutants from human activity.  However, the study found that light is blocked more efficiently by the smaller man-made particles than by natural dust and the man-made particles were stickier and harder to remove.

Overall, in these regions, solar panels are losing 17-25% of their energy production when cleaned every month and 25-35% if cleaned only every other month.  In our country, there is relatively little migratory dust and this effect is considerably smaller.

However in China, the world’s largest solar power producer, tens of billions of dollars are being lost each year.  It is just another reason for policymakers around the world to control emissions.

‘Air Pollution and Solar Power’ from Earth Wise is a production of WAMC Northeast Public Radio.