You are here: Home / Air and Water / A Trillion Ton Iceberg 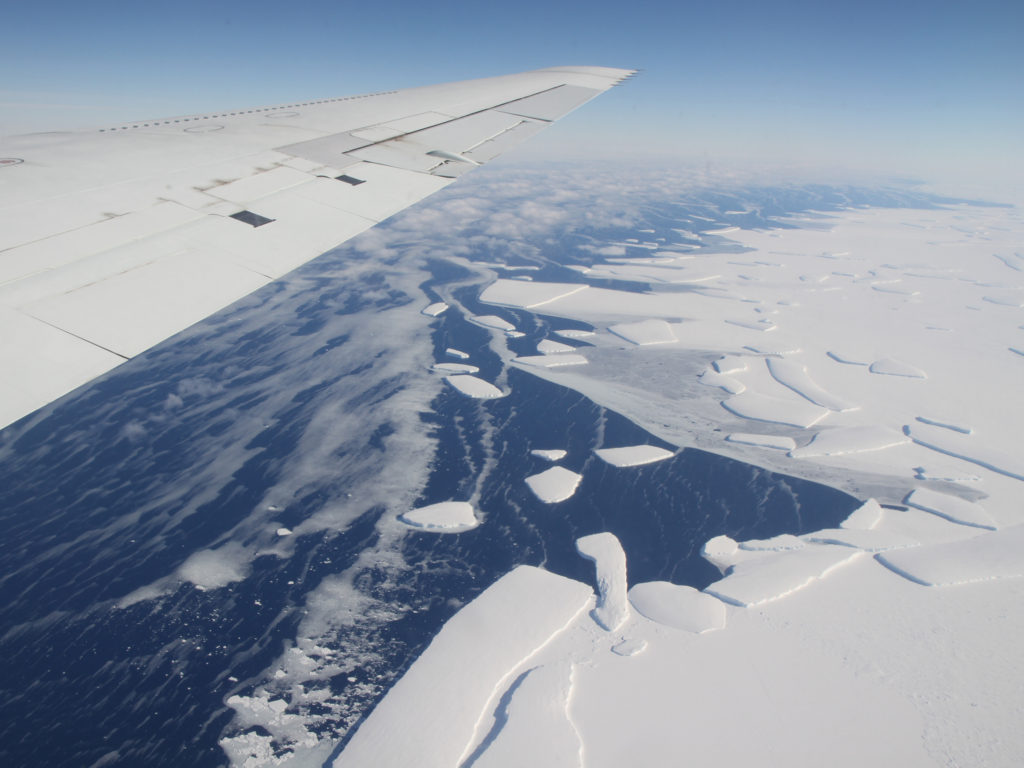 Back in February, we did a story about a rapidly-growing crack in the fourth-largest ice shelf in Antarctica.  At that time, the crack in the Larsen C ice shelf was more than 100 miles long and was growing at a pace of about 5 football fields a day.

Well, sometime between July 10 and July 12, the gigantic chunk of Larsen C broke off completely.  The result is the calving of one of the largest icebergs ever recorded.  The new iceberg will get the unexciting name A68.

The huge mass of ice was already floating in the ocean, so the calving will have no immediate impact on sea levels.  No new water is being displaced.

The real concern is that the newly-exposed ice front of the Larsen C shelf is more vulnerable to change.  Glaciers that flow off the land may speed up their passage toward the ocean.  The rest of the shelf could become unstable.   On the other hand, the shelf could gradually regrow.   While the warming climate may well be a major culprit in this dramatic event, it is also possible that it is a natural occurrence.

In any case, it is a dramatic change to the landscape of Antarctica.  About 12% of the Larsen C ice shelf is now detached and maps of the Antarctic Peninsula will need to be redrawn.  As for the iceberg itself, it may break up into smaller chunks over time as it drifts away from the shelf.

‘A Trillion Ton Iceberg’ from Earth Wise is a production of WAMC Northeast Public Radio.