You are here: Home / Agriculture / Deforestation in the Amazon Rainforest 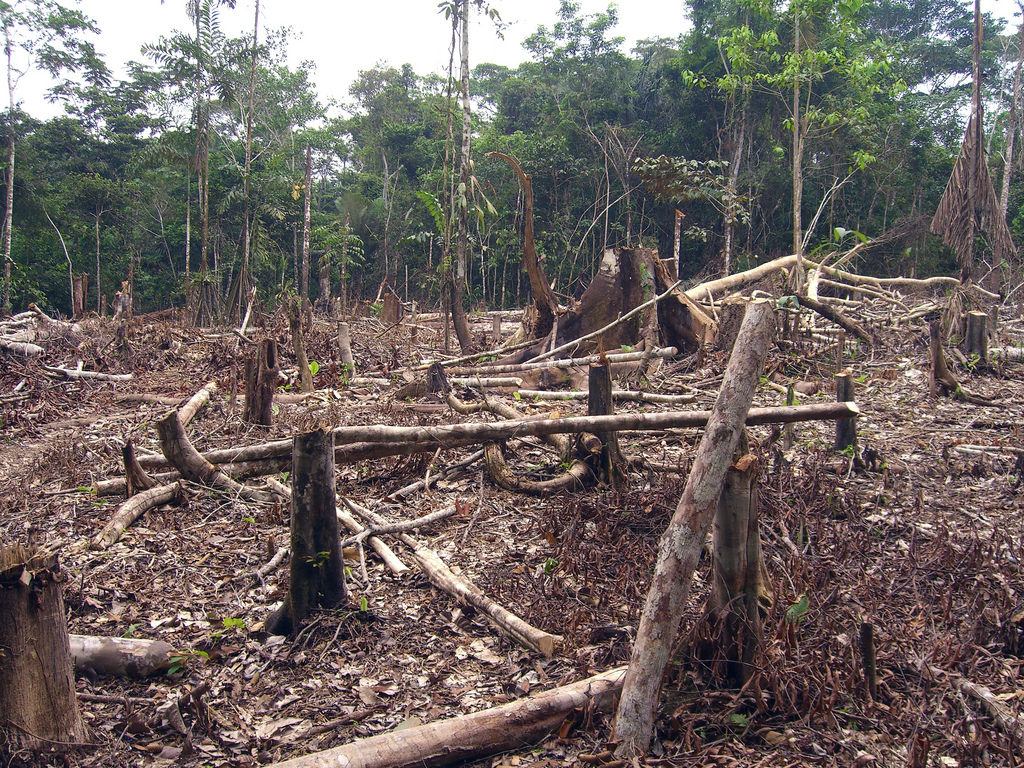 The Amazon rainforest is the biggest in the world, larger than the next two biggest combined.  It covers over 3 million square miles, roughly the size of the lower 48 states.  For this reason, it functions as a critical sink for carbon in the atmosphere.

Human activity has removed more than 10% of the vegetation from the Amazon rainforest since the 1960s.  In 1995 alone, an area the size of Belgium was cleared by loggers, cattle ranchers, and farmers.  Cattle ranching accounts for roughly 70% of Amazon deforestation.

Deforestation rates dropped steadily from 2004 onward falling from 11,000 square miles in 2004 to 1,700 square miles in 2012, an 84% decline.   The reasons were thought to be a combination of macroeconomic trends, new protected areas and indigenous territories, improved law enforcement, satellite monitoring, and pressure from environmental groups.

Unfortunately, the downward trend came to a halt in 2012 and actually was up by 29% by 2016.   Powerful economic and development pressures are bearing down on the Amazon led by increasingly powerful ruralists, a coalition of landowners, soy producers and others with strong economic interests in developing the region.

It now appears that the deforestation decline from 2004 to 2012 can be explained almost entirely by market forces, such as declining prices of soy and beef as well as currency exchange rates.

Evidently, the regulatory and policy measures in place regarding the Amazon rainforest are not sufficient to protect it.  Unless the Brazilian government and international community get serious about getting destructive deforestation under control, the world’s greatest rainforest will continue to disappear.

Business as Usual: A Resurgence of Deforestation in the Brazilian Amazon

‘Deforestation in the Amazon’ from Earth Wise is a production of WAMC Northeast Public Radio.