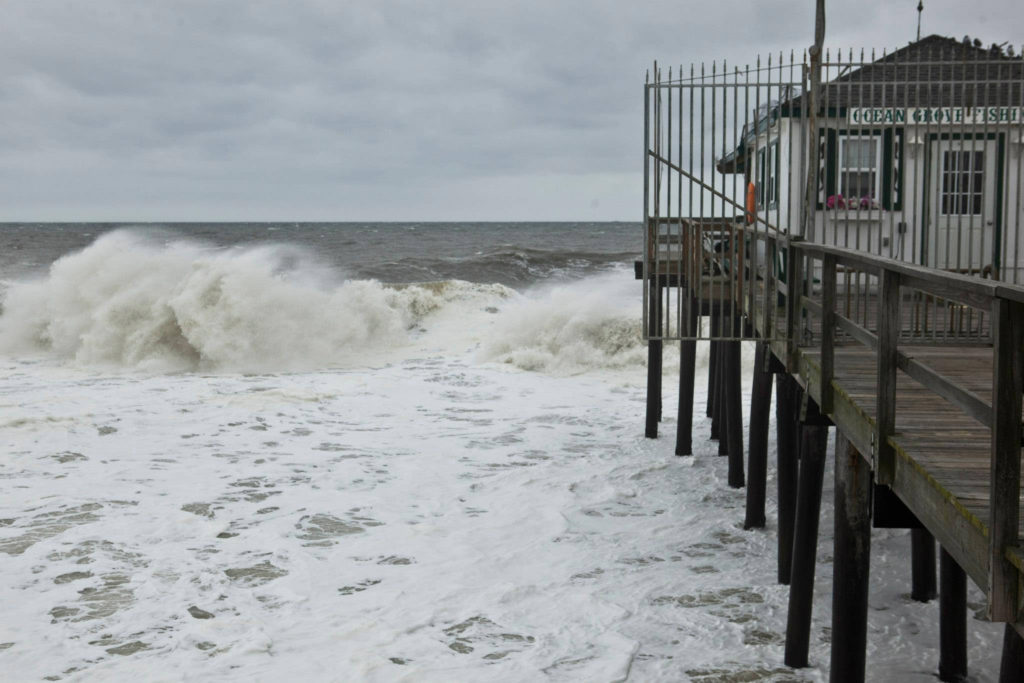 Sea levels are rising around the world because of melting ice as well as warming waters since water expands as its temperature goes up.  Average sea levels around the world are predicted to rise by about three feet by the end of the century as a consequence of the warming climate.

But the amount of sea level rise varies from place to place around the globe due to such factors as ocean currents, differences in seawater temperature and saltiness, and even because of the Earth’s shape.

U.S. Geological Survey scientists studying these variations have found that sea levels in the 600-mile stretch of coast from Cape Hatteras, North Carolina, up to the Boston area are rising roughly three to four times the global average.  The East Coast seems to be a sea level change hotspot.

Coastal residents in their 70s and 80s who have lived there all their lives have noticed that water is coming in higher now in winter storms than it did before.   As levels continue to rise, coastal flooding events that previously occurred once every three to four years might start happening a few times each year.

In any case, the seas are rising and it would be a mistake to assume that the next hundred years of sea level rise are going to be like the previous hundred years.  Things are changing.