You are here: Home / Agriculture / Cod And Global Warming 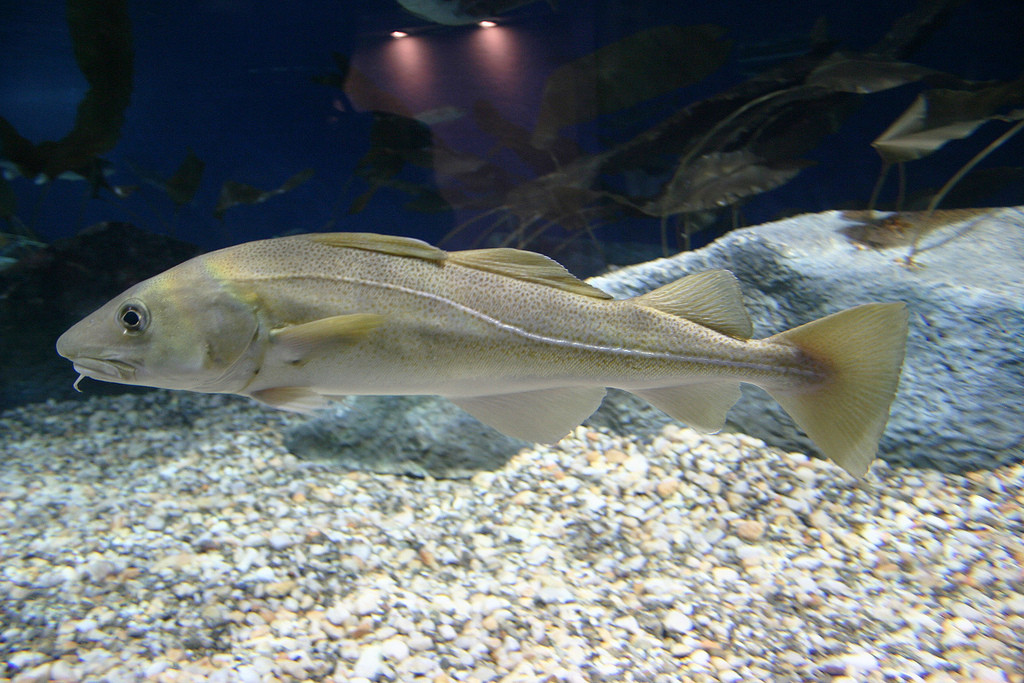 Atlantic cod has been the basis of a major fishing industry in the Gulf of Maine for centuries and is a key species in the local ecosystem.  Overfishing decimated the population of cod and in 2010, fisheries managers imposed a series of restrictions on harvesting the fish in order to try to help the species to rebound.

Despite these measures, the population has continued to decline.  Managers have continued to reduce cod quotas.  However, today, cod stocks are on the verge of collapse, hovering at 3-4% of sustainable levels.

A new report in the journal Science explains why cod populations have continued to plummet.  In large part, the cod collapse is due to rapid warming of the waters in the Gulf of Maine.  The ocean in that area has warmed 99% faster than anywhere else on earth.

The warming is linked to changes in the position of the Gulf Stream and to climate oscillations in the ocean.  These effects added to the overall warming trend associated with climate change have made the Gulf of Maine far less hospitable to cod.  In warmer water, cod produce fewer offspring and fewer young fish survive to adulthood.

Cod are a cold-water species and the Gulf of Maine is evolving out of its geographic range.  Where water temperatures are still cold enough, such as off the coast of Norway, cod populations are robust and sustainable.  Fisheries managers are faced with the unpleasant fact that the changing climate means fisheries in the Gulf of Maine are unlikely to return to historic levels.

Photo, posted February 9, 2010, courtesy of the Maritime Aquarium at Norwalk via Flickr.