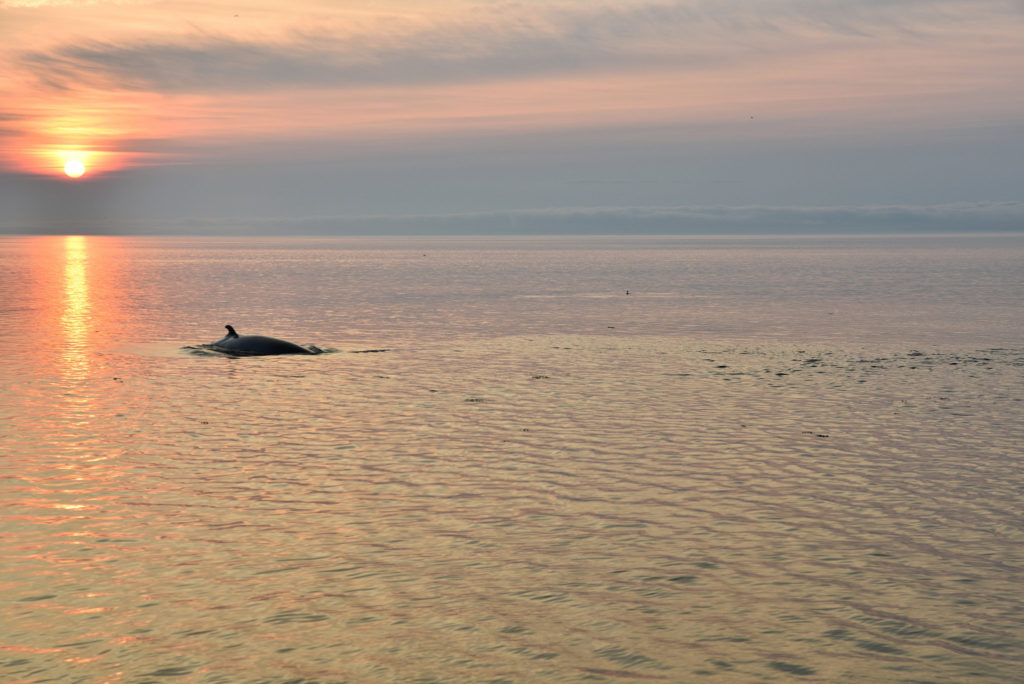 The hunting of whales in the 19th and 20th Century nearly drove the giant mammals to extinction. By the 1960s, improved hunting methods and factory ships made it clear that whaling could not continue unchecked.

Commercial whaling has been effectively banned for more than 30 years.  Members of the International Whaling Committee (IWC) agreed to the 1986 hunting moratorium in order to allow whale stocks to recover.  Pro-whaling nations like Japan, Norway, and Iceland expected the moratorium to be temporary until consensus on sustainable catch quotas could be established.

But the temporary moratorium has turned into a quasi-permanent ban, much to the delight of conservationists, and to the dismay of whaling nations who view whaling as an important part of their culture and want it to continue in a sustainable way.

Despite the whaling ban, Japan kills between 200 and 1,200 whales every year, including young and pregnant whales.  It does so by using an exception in the ban that allows whaling for scientific purposes.  Japan says it’s investigating stock levels to see whether the whales are endangered or not, but the fact remains that much of the meat from these mammals killed for research ends up as food for sale.  While most whale stocks are still endangered, the minke whale, which Japan primarily hunts, is not.

Japan wants to establish a Sustainable Whaling Committee to set sustainable catch limits for “abundant whale stocks.” Critics of this plan argue that whales face a myriad of dangers in today’s oceans that the last thing they need to do is be in whaler’s cross-hairs.

This pro-whaling proposal was recently rejected by IWC member states 41 to 27.  But this fight is certainly not over.