You are here: Home / Podcast / Saving African Cattle With Perfume 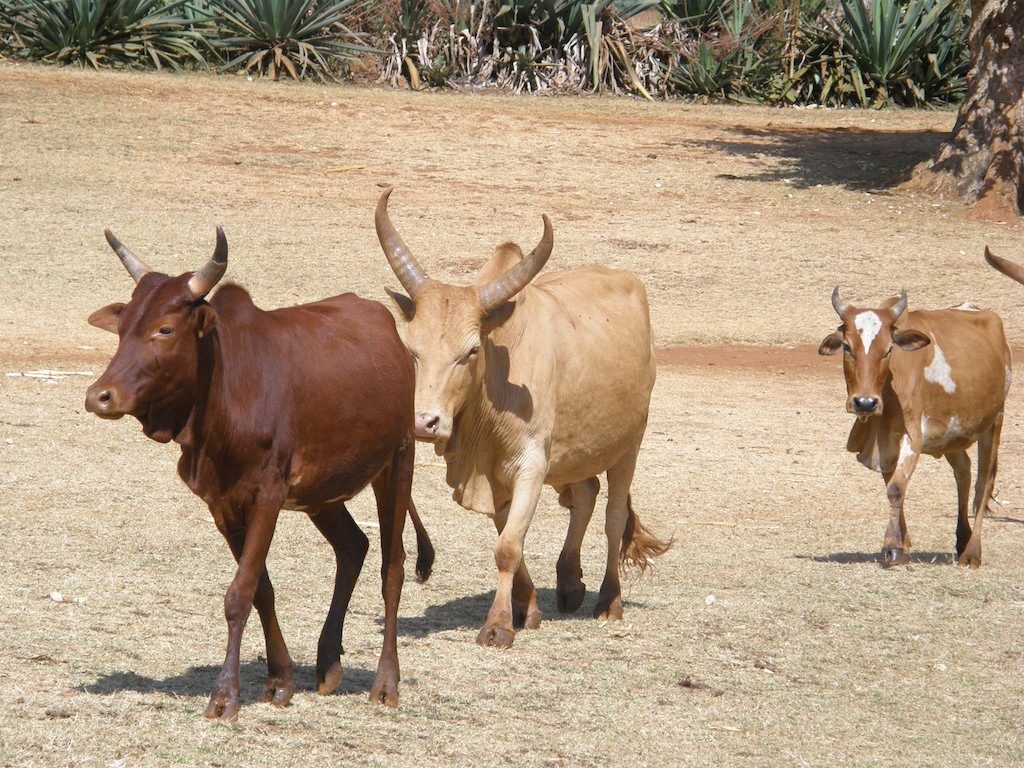 Recently, a group of scientists from Germany, Kenya and the UK have developed an innovative way of preventing the disease in African cattle.   They took advantage of the fact that tsetse flies avoid waterbucks, a widespread antelope species.  The scientists isolated, identified and then synthesized the chemical repellents present in the waterbucks.  They then filled tiny amounts of the tsetse fly-repellent substance into plastic containers that were tied to the cattle on a collar.  As a result, the cattle were permeated with the smell of the antelope perfume.

The method was tested in a large 2-year field trial in Kenya. 120 Maasai herders provided more than 1,100 of their cattle for the experiment.   Compared to unprotected cattle, the disease rates of the animals wearing the collar were reduced by more than 80%.  In general, the animals with the protective collars were healthier, heavier, gave more milk, plowed more land, and sold better in regional markets.

The new technology is going into general use among pastoralists and cattle farmers in Africa.  It is easy to apply and not very expensive and represents a significant advance for African food security.