You are here: Home / Podcast / Renewable Energy From Wood 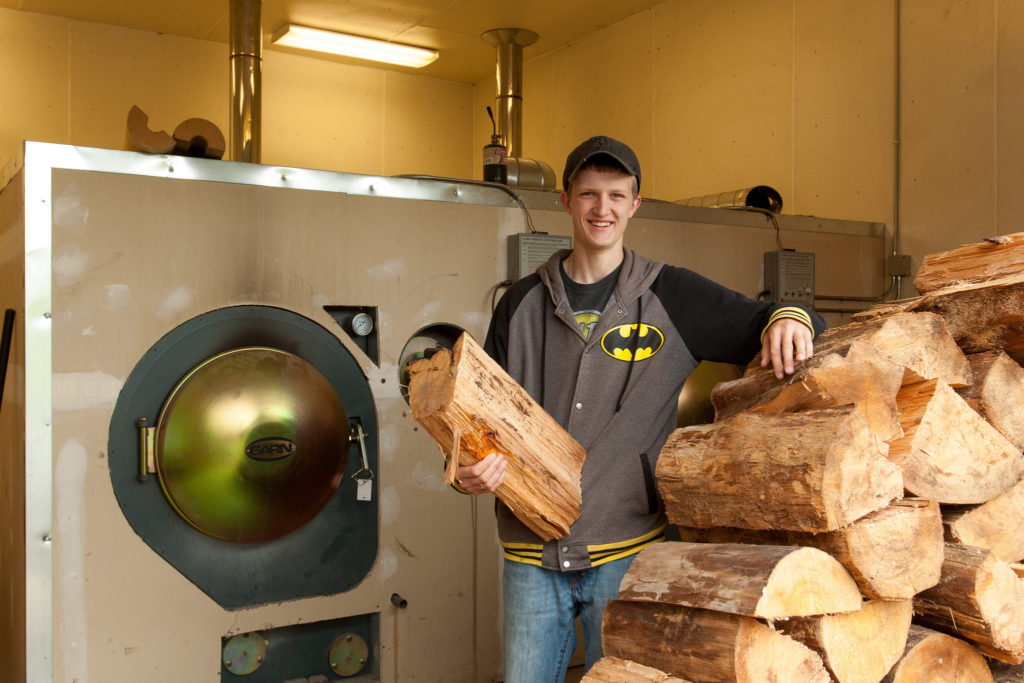 As an alternative to coal, gas and oil, wood is thought to be a promising source of advanced biofuels.  While directly burning wood is perhaps the oldest form of energy that people have exploited, it is not useful for many applications.  Converting wood to a chemical fuel makes it far more widely applicable, but the big challenge in converting wood into a chemical fuel is that doing it requires processes that are both expensive and energy-intensive.

However, there are effective ways to break down wood that occur in natural ecosystems.  Fungi are the main engine for breaking down wood in the carbon cycle and releasing nutrients into the soil.  An international team of researchers at the University of York in the UK and other institutions in the UK and France has made key discoveries in understanding how fungi perform this task.

They have discovered that a group of copper-containing enzymes found in fungi are the most important component in the decomposition of biomass by biology.  In particular, a family of enzymes called lytic polysaccharide monooxygenases (LPMOs) are capable of breaking down even the toughest carbohydrate molecules found in wood – known as zylans.

The researchers believe that this discovery unlocks the key scientific challenge facing biorefineries that can convert wood into biofuel in an environmental and cost-effective way.  If these enzymes can be developed into improved chemical cocktails for biorefinery applications, it could lead to sustainable and wide-scale manufacture of a wide range of valuable commodities.

‘Renewable Energy from Wood’ from Earth Wise is a production of WAMC Northeast Public Radio.