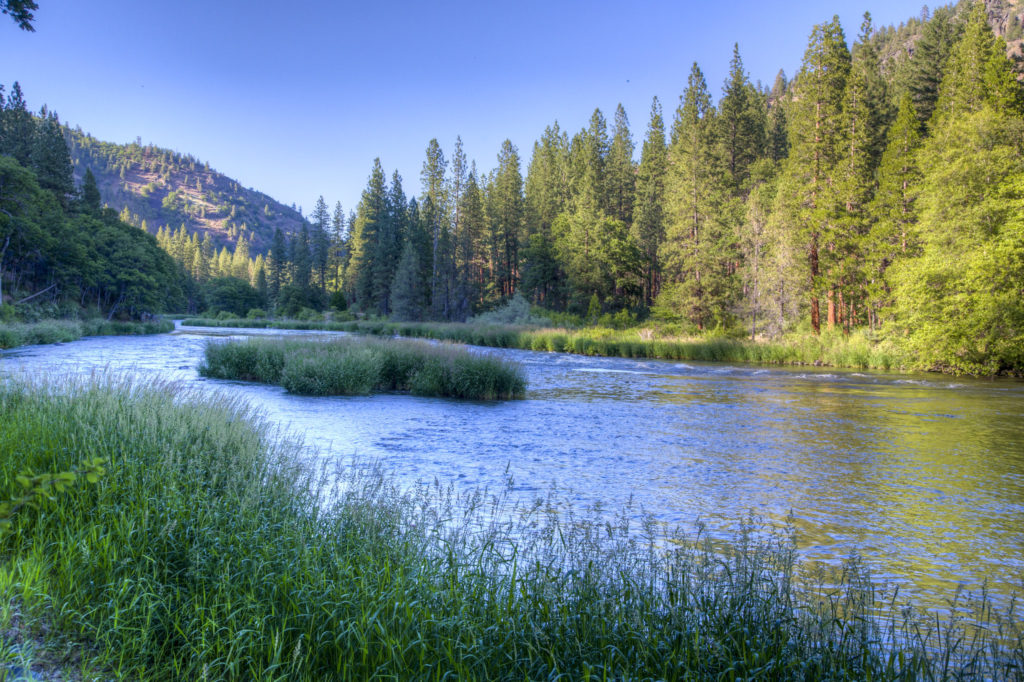 In many parts of the country, dams that sometimes date back as much as 100 years are being removed and are giving way to the revival of migratory fish and their river ecosystems.  Since 1912, more than 1,600 dams have been removed in the U.S., but the pace of dam removal has greatly picked up in recent years.  2017 and 2018 were the highest years ever with 91 and 99 dams removed, respectively.

When dams are removed, the response from migratory fish can be almost immediate.  A large dam removal project on the Penobscot River in Maine in 2012 opened up 1,000 miles of habitat with a quick return of shad and alewives, followed by salmon.

In 2022, four large dams across the Klamath River will be removed.  The dams, which are located at the California and Oregon border, were facing an expensive re-licensing process and, because of their age, could no longer be run at a profit.

Re-licensing the dams along the Klamath was going to cost as much as $400 million.  On the other hand, uncapping the Klamath River has tremendous commercial and tourism potential.  Two states, tribal nations, and other stakeholders have all seen the virtues of restoring the landscape to its original form.

Opposition to dam removal is typically driven by aesthetics or recreational preferences.  But dam economics are getting increasingly worse.  Now that electricity can be produced far more cheaply with wind and solar power, many American dams have become artifacts of an older manufacturing era.  Meanwhile, rural towns near decommissioned dams are likely to now have more robust fishing industries.

In rivers big and small, migratory fish and river ecosystems surge back to life as old energy structures are taken down.

Take Down That Dam: River Ecosystems Bounce Back As Removals Soar

Photo, posted June 11, 2016, courtesy of the Bureau of Land Management via Flickr.