You are here: Home / Podcast / Native Bees In A Honeybee World | Earth Wise 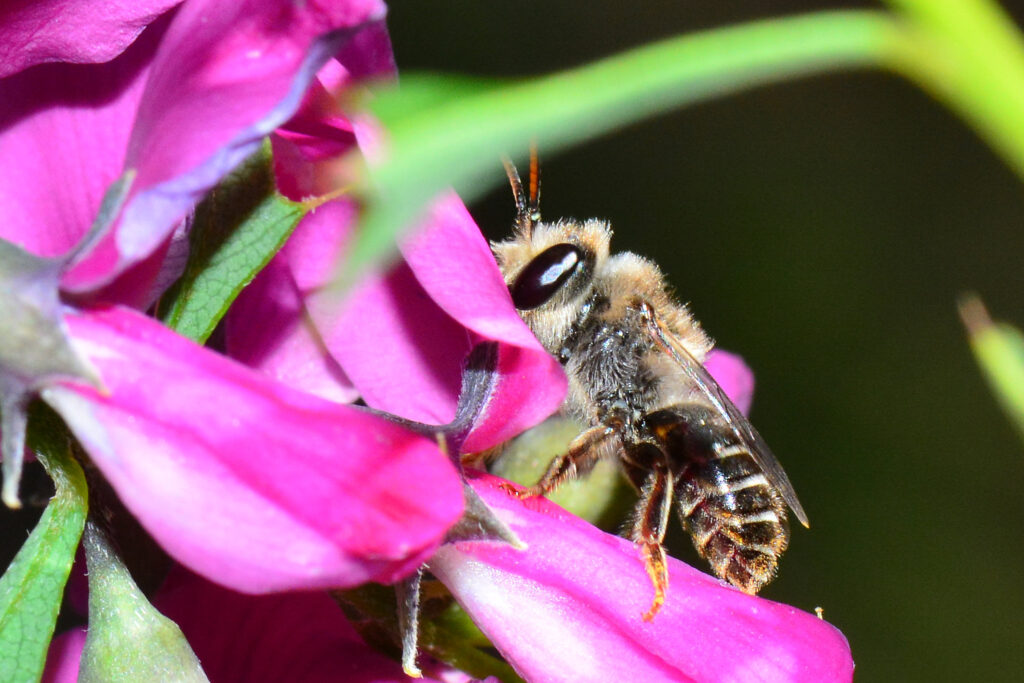 There is a great deal of attention on the plight of bees and other pollinators.  Much of that focuses on the problems plaguing the large, domesticated honeybee colonies that are trucked from region to region to pollinate everything from almonds to fruit trees.  Managed bee colonies have recently been losing more than 40% of their population over the course of a year.  But overall, honeybees are still relatively safe. They are a globally distributed, domesticated species and are not remotely threatened with extinction.

But another group of bees – native bees – faces a different range of threats, most linked to habitat loss.   Worldwide, roughly 20,000 native bee species have evolved over millions of years to thrive in countless habitats, where they have specialized in pollinating specific flowers and plants – in some cases just a single plant.

Scientists have estimated that, globally, 1 in 6 bee species is regionally extinct. In the United States there are about 4,000 native bee species, most of which are solitary bees that nest in the ground or cavities, with many that require just one or a few plant species for sustenance. At least 23 percent of U.S. native bees have declined, with bees in areas with heavy commodity-crop production particularly hard hit due to habitat loss and pesticide use. Other threats to native bees include climate-driven sea-level rise and increased temperatures, loss of host plants, and competition and disease from non-native honeybees. 50% of Midwestern native bee species disappeared from their historic ranges in the last 100 years.   Four of our bumblebee species declined 96% in the last 20 years, and three species are believed to already be extinct.

Native bees are in big trouble.