You are here: Home / Podcast / Hoover Dam As A Giant Battery 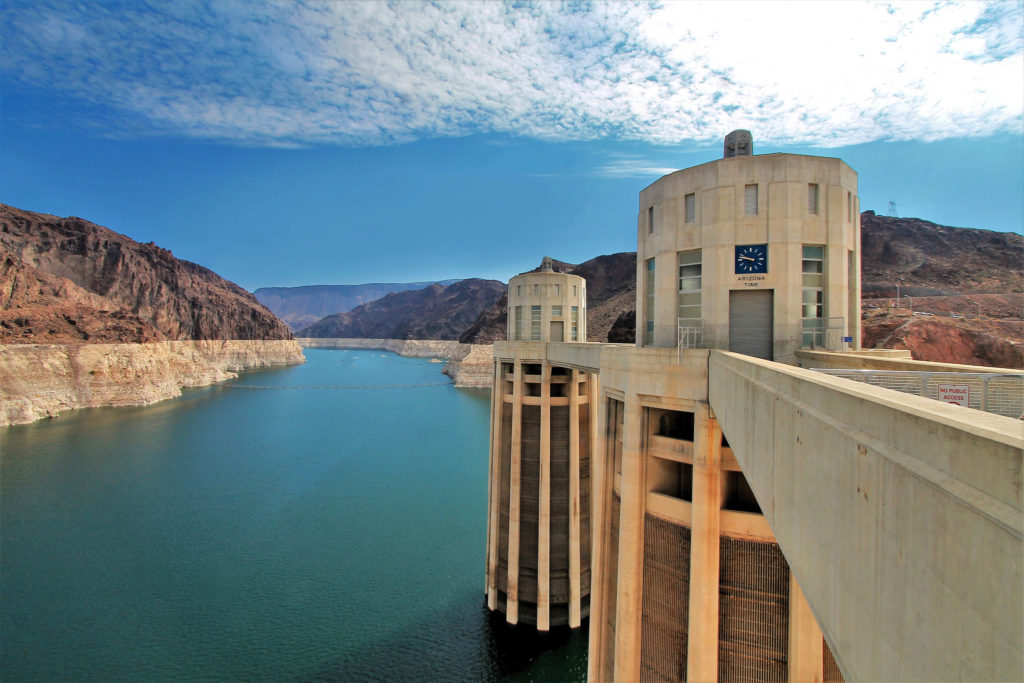 Now, the Los Angeles Department of Water and Power wants to equip Hoover Dam with a $3 billion pipeline and a pump station powered by solar and wind energy.  The downstream pump station would send water back to the reservoir to help manage electricity at times of peak demand.  The net result is a kind of energy storage.

California is producing huge amounts of solar and wind electricity, but not always at times when consumers need it.  At times, the state even has to give away power to other states to avoid overloading the grid.

The proposed project would use the excess power to pump water back up to the dam’s main reservoir – Lake Mead – through an underground pipeline where it would be at the ready to generate electricity when needed.  The amount of energy stored in this way is far larger than any existing battery storage system.

The dam itself, with its 726-foot concrete wall and 17 power generators that came online in 1936, would not be touched.   The proposed system would increase the productivity of the dam, which operates at just 20% of its potential, to avoid releasing too much water at once and flooding towns downstream.  By pumping water back up to the lake, the dam could be used to make much more power.

If the project moves forward, it could be completed by 2028 and could inspire similar innovations at other dams.

‘Hoover Dam As A Giant Battery’ from Earth Wise is a production of WAMC Northeast Public Radio.