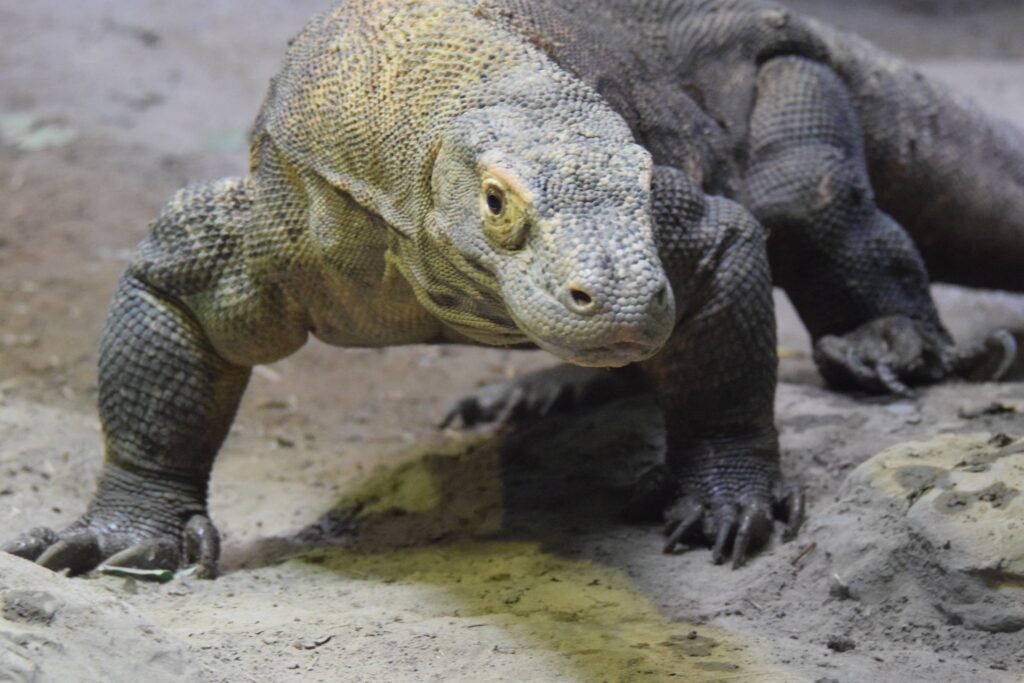 The Komodo dragon is the world’s largest and most iconic lizard.  Growing up to 10 feet long and weighing up to 360 pounds, Komodo dragons are endemic to five islands in southeast Indonesia, four of which are part of Komodo National Park, as well as a fifth that has three nature reserves.  Komodo dragons have existed on earth for at least four million years, and it’s estimated that 4,000 of them survive in the wild today.

But according to a new study by researchers from the University of Adelaide and Deakin University in Australia, Komodo dragons could soon be driven to extinction.  The research team found that the impacts of both global warming and sea level rise are likely to cause a sharp decline in  available habitat for Komodo dragons.  Current conservation strategies are not enough to avoid climate-driven Komodo dragon population declines.

The study, which was recently published in the journal Ecology and Evolution, involved close collaboration with Komodo National Park and the Eastern Lesser Sunda Central Bureau for Conservation of Natural Resources.

Climate-change-informed decisions should be a common part of conservation practice.  According to the research team’s conservation model, Komodo dragons on two of the five Indonesian islands are less vulnerable to climate change.  But those two islands might not be enough for the survival of the species.  Conservation managers may need to translocate Komodo dragons in the future – to sites where these animals have not been found for decades – in order to protect the species from extinction.

Without taking immediate action to mitigate climate change, the research team says many range-restricted species like Komodo dragons are at risk of extinction.