You are here: Home / Podcast / Are We Drinking Plastic? 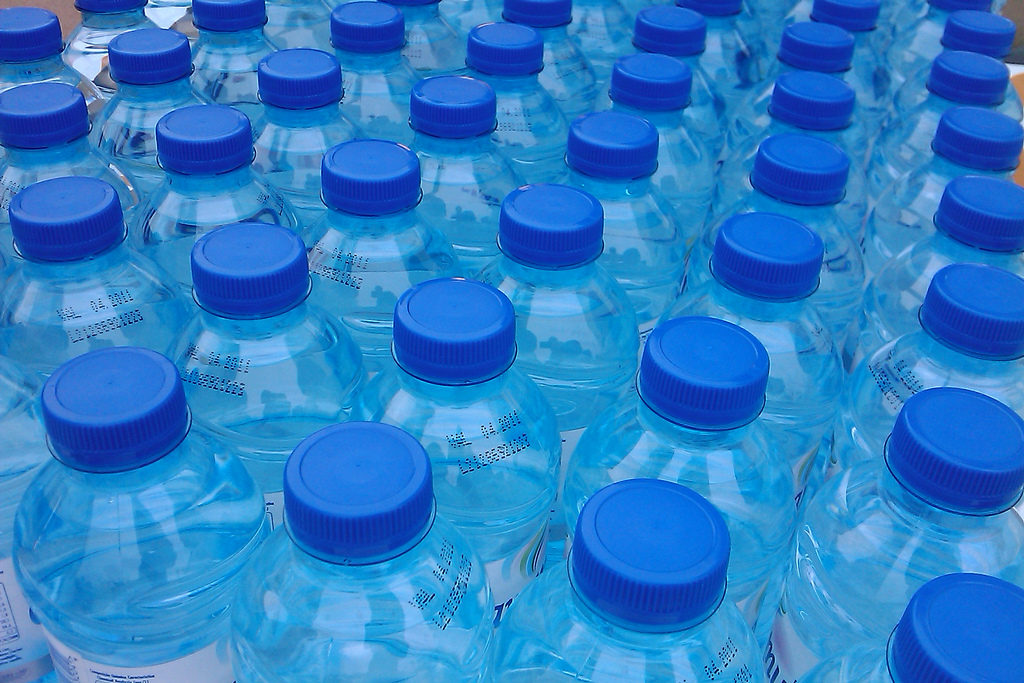 Almost everyone everywhere comes into contact with plastic everyday.  Its use has increased 20-fold in the past half-century, and production is expected to double again in the next 20 years.  But is plastic so ubiquitous that we are unwittingly drinking the stuff?

According to recent research led by Orb Media, the answer is most likely “yes.”  In the largest investigation of its kind, 259 bottles of water purchased in nine different countries were examined through tests conducted at the State University of New York at Fredonia.  The study revealed that nearly all the bottled water that was tested – including many major brands – contained tiny plastic particles.  Some of the brands whose water was tested included Aquafina, Dasani, Gerolsteiner, Evian, Nestle, and San Pellegrino.

Researchers screened for plastic by adding a dye called Nile Red to each bottle, a technique previously used to rapidly detect plastic in seawater.  The dye sticks to free-floating pieces of plastic and makes them fluoresce under certain wavelengths of light.

According to the research, 93% of bottled water tested showed signs of microplastic contamination.  An average of 10 plastic particles bigger than 100 microns (about the width of a human hair) and 314 particles smaller than 100 microns were found per litre of water tested. The smaller particles could not definitively be confirmed as plastic since the dye could theoretically bind to other substances, such as fragments of shell or algae containing lipids, although the presence of either in bottled water is unlikely.

Further research is needed to determine (among other things) how the plastic is getting into the water in the first place.

‘Are We Drinking Plastic?’ from Earth Wise is a production of WAMC Northeast Public Radio.