You are here: Home / Podcast / A New Low For Lake Powell | Earth Wise 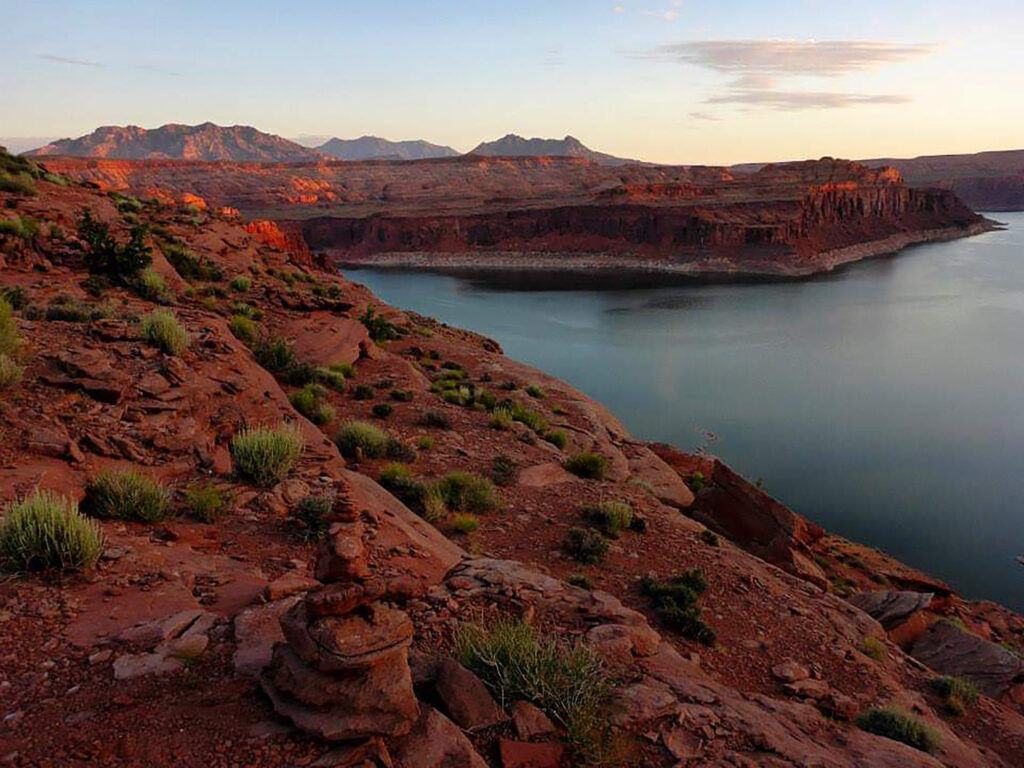 Lake Powell is the second largest reservoir by capacity in the United States.  It straddles the border of southeastern Utah and northeastern Arizona and was created by the Glen Canyon Dam, completed in 1963.  The reservoir serves as a bank account of water that is drawn upon in times of drought and has made it possible to weather extended droughts by sustaining the needs of cities, industries, and agriculture in western states.  Hydroelectric power by the dam’s eight generators provides electricity to seven states.

As a result of the protracted drought in the west, the water levels in Lake Powell have reached the lowest point since 1969.  As of September 20, the lake held only 30% of its capacity and federal managers started releasing water from upstream reservoirs to help keep Lake Powell from dropping below the so-called minimum power threshold which is the water elevation that must be maintained to keep the dam’s hydropower turbines working properly.

With the entire Lower Colorado River water system below 40% of capacity, Bureau of Reclamation recently announced that water allocations in the U.S. Southwest would be cut over the next year.  The Colorado River basin is managed to provide water to millions of people including those in San Diego, Las Vegas, Phoenix, and Los Angeles.

Successive dry winter seasons over the past two years along with a failed 2020 summer southwestern monsoon, have led to the lowest precipitation levels on record in the Southwest going at least as far back as 1895.  With warm temperatures, reduced snowpack, and increased evaporation of soil moisture, most of the American West suffers from persistent and widespread drought.