You are here: Home / Podcast / A Camera For Insects | Earth Wise 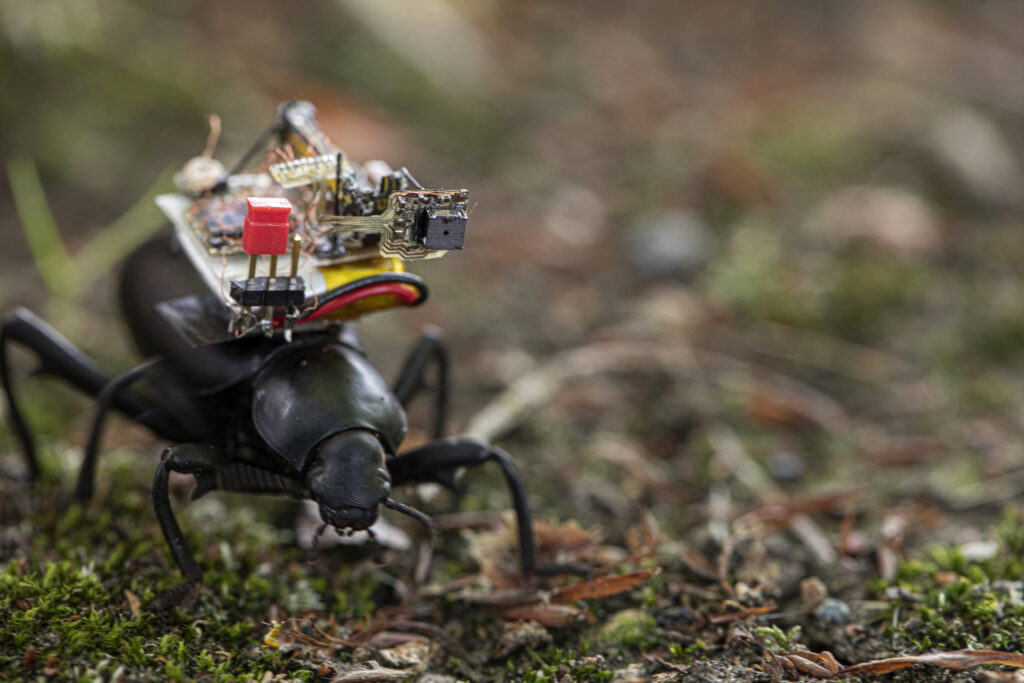 Electronic devices get smaller and smaller all the time.  We are used to carrying around phones in our pockets that incorporate a whole host of sophisticated devices. But we can still be amazed by miniaturization.  Recently, scientists at the University of Washington announced the development of a tiny, wireless camera small enough to be worn by insects.  The work was published in the journal Science Robotics.

The device weighs only 250 milligrams, which is less than one hundredth of an ounce.  The camera streams high-resolution video to a smartphone at up to 5 frames per second, which allows scientists to record video of what insects see in real time.

The device has a mechanical arm that allows the camera to pivot 60 degrees, which can allow it to create panoramic shots.  It is controlled by a smartphone app and can be operated up to 120 meters away from the insect.

The new camera system enables scientists to better understand insect behavior and explore novel environments.  Having a first-person view from the back of a beetle while it is walking around allows researchers to explore how it responds to different stimuli that it sees in its environment.

Of more general interest, the technology can be used to help develop the next generation of small robots.  Insects can traverse rocky environments, which is really challenging for small robots to do.  The device will allow engineers to study how insects can move around in such environments.  It will also be useful for observing and collecting samples from hard-to-navigate spaces.

It is remarkable how sophisticated technology keeps getting smaller and smaller.