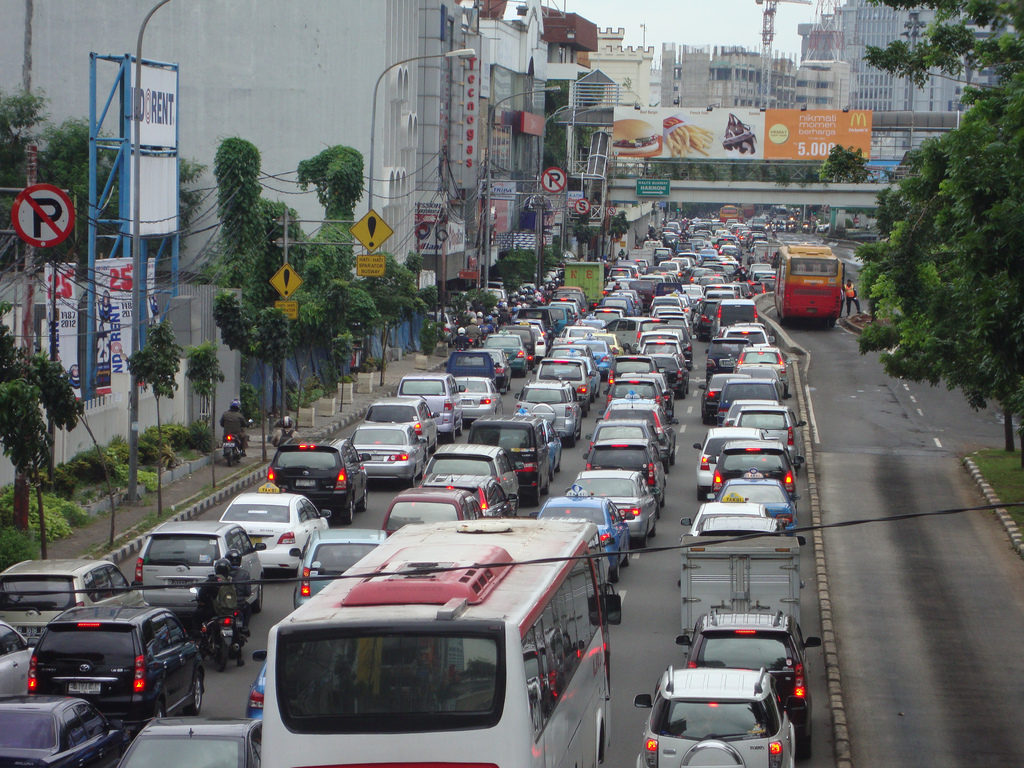 Terrible traffic in cities around the world is a real blight on urban life.  Increasingly, there are many cities where you simply don’t want to have to go anywhere by car during morning and evening rush hours.

One place that was notorious for bad traffic problems is the city of Jakarta in Indonesia, home to nearly 10 million people.   Things got so bad there that in 1992, a so-called “three-in-one” policy was instituted that required three passengers in each vehicle on some major roads between 7 and 10 am, and between 4:30 and 7 pm.

In 2016, Jakarta suddenly scrapped the policy – first for a week, then for a month, and then permanently.

When the policy was changed, researchers at MIT saw it as an ideal opportunity to conduct a before-and-after study of the effects of heavily-occupied-vehicle or HOV policies on traffic.  They started taking data within 2 days of the policy change announcement.

The results are not that surprising.  HOV-lane policies reduce the overall number of cars on the road by encouraging ride-sharing.   There are other subtler effects related to the use of alternative roads as well.

To be sure, all cities are different and the effects of HOV policies will not be the same everywhere, but they represent a simple, low-cost solution to excessive traffic.   Such rules complicate our lives, but being stuck in bumper-to-bumper traffic is much worse.

A simple solution for terrible traffic