You are here: Home / Economy and Policy / A Microgrid in New York’s Capital 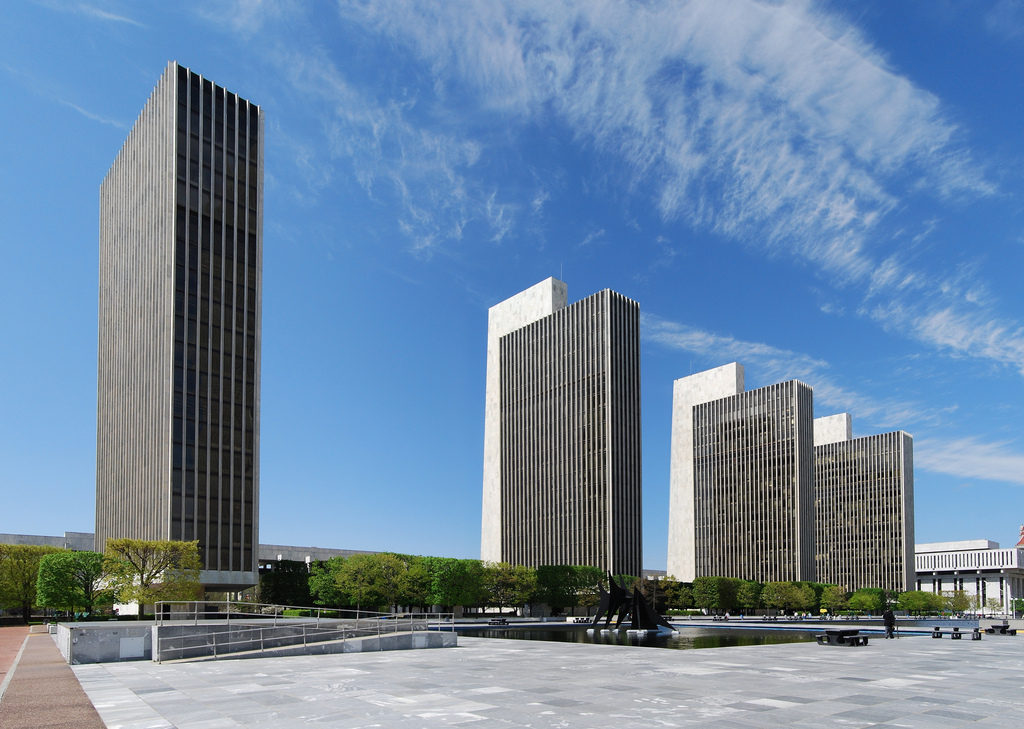 New York State has been encouraging its communities to install microgrids for quite a while.  Now the state has committed to build a 16-megawatt microgrid to power the Empire State Plaza in downtown Albany.  The microgrid will use combined heat and power to supply 90% of the electricity as well as heating and cooling for the 10 buildings where 11,000 state employees work.

When the microgrid comes on line in late 2019, it is expected to cut state energy costs by $2.7 million annually.   The microgrid is being sited in Albany to ensure that government services are powered in a crisis.  The state Office of General Services will finance the plant and expects to save $25 million by swapping out older equipment.  NYSERDA, New York’s energy agency, will contribute $2.5 million towards the project’s costs.

The microgrid will be housed at a steam plant that has been defunct since 1994 and will use two 8-megawatt natural-gas fired turbine generators with dual fuel capabilities.  The project will recover waste heat from the generators to heat and cool the plaza buildings.

Beyond serving the Empire Plaza, the microgrid will be built for possible expansion into other areas of downtown Albany.  Under the potential expansion plan, the microgrid would serve the Plaza and possibly the Times Union Center, city hall, the courthouse, and the new convention center.

A microgrid is a group of connected loads and energy resources that acts as a single, controllable entity with respect to the grid.  Microgrids are typically connected to the central grid but when the grid experiences a power outage, they disconnect from the grid and rely on their own generation to serve their loads, in this case the Empire Plaza.

‘A Microgrid in NY’s Capital’ from Earth Wise is a production of WAMC Northeast Public Radio.