You are here: Home / Agriculture / A CO2 Vacuum Cleaner 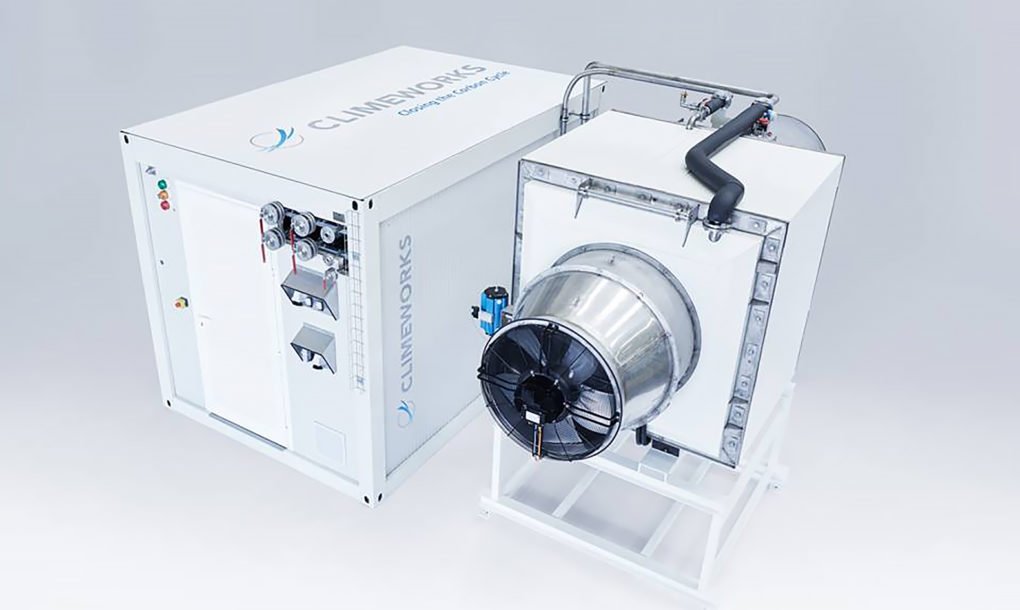 A new carbon capture plant, sitting on top of a waste incineration facility near Zurich, Switzerland, is now sucking CO2 out of the air to sell to its first customer.  The plant opened on May 31, and is the first commercial enterprise of its kind.

The carbon dioxide collectors are the product of a startup company called Climeworks.  Six of them fit into a standard shipping container and there are 3 such containers in the Zurich installation.  Small fans pull air into the collectors where a sponge-like filter soaks up carbon dioxide.  After two or three hours of operation, the filter is fully saturated.   The box is then closed and the collector is heated up to 212 degrees, which releases the CO2 in pure form to be collected.  The stuff can then be sold, made into products, or buried underground.

The process is cyclic.   First saturate, then regenerate, then saturate, and on and on.  The system uses multiple units that are not operating in sync.  So some of them are taking in CO2 while others are releasing it for collection.  Overall, the plant has continuous CO2 production, which is important for potential customers.

For the Zurich plant, the customer is a greenhouse, which uses the carbon dioxide to make its tomatoes and cucumbers grow faster.  Climeworks is in talks with beverage companies that use CO2 in soda and seltzer, especially those in remote areas where trucking in conventional CO2 is expensive.

CO2 removal is a technology that should be deployed as much as possible.  It won’t solve all our greenhouse gas problems, but it will certainly help if used widely enough.

‘A CO2 Vacuum Cleaner’ from Earth Wise is a production of WAMC Northeast Public Radio.