You are here: Home / Air and Water / Worms That Eat Plastic 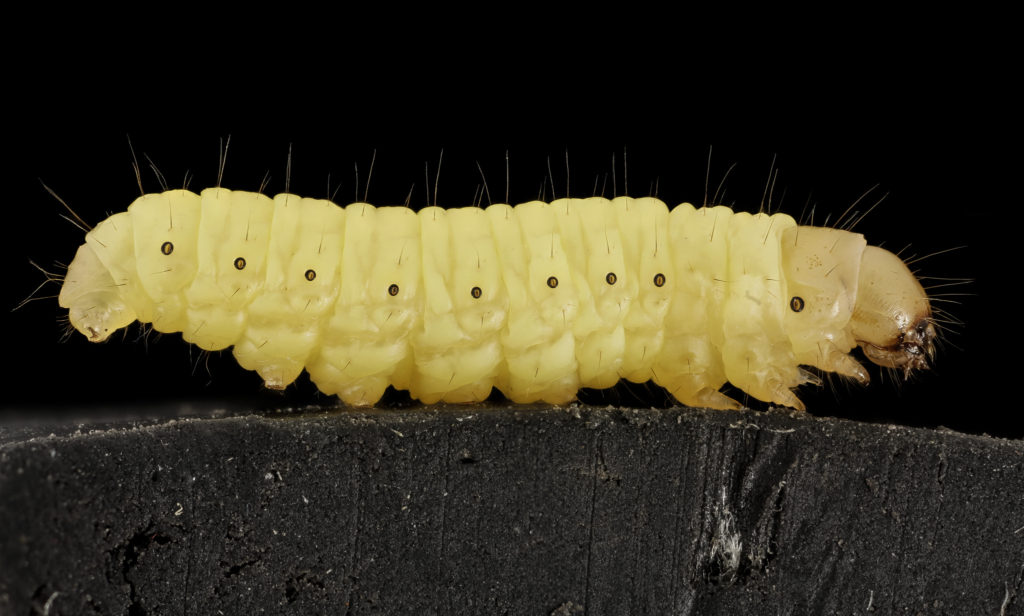 Plastics clogging up our landfills and polluting our oceans are a scourge of modern life and we struggle with ways to combat this growing problem.  The biggest issue is that most plastics are simply not biodegradable.   Polyethylene, the common plastic found in shopping bags and numerous other products, takes between 100 and 400 years to degrade in a landfill.

Recently, a chance discovery was made that could lead to a biotechnical approach to the polyethylene waste that chokes oceans and landfills.   It turns out that a caterpillar commercially bred for fishing bait can biodegrade polyethylene at a rate 1000 times faster than the most effective bacteria studied for the task.

Wax worms, the larvae of the wax moth, are a major pest in beehives.  Wax moths lay their eggs inside hives where the worms hatch and feed on beeswax.  A Spanish biologist and amateur beekeeper was removing wax worms from one of her hives and putting them in a plastic shopping bag.  She noticed that after a while, the bag was riddled with holes.  The worms were eating the plastic.

To investigate, the biologist collaborated with researchers at Cambridge University and conducted controlled experiments with the worms.  The worms indeed were degrading the plastic at an extremely fast rate compared with other techniques that have been studied.

The next step is not to set up a giant worm farm.  The goal is to determine the enzyme or enzymes responsible for the chemical process that allows the worms to digest the plastic, which perhaps has some similar chemical properties as beeswax.   Reproducing the enzymes at an industrial scale would then be possible using biotechnological methods.  It could be the answer for getting rid of plastic waste.

‘Worms that Eat Plastic’ from Earth Wise is a production of WAMC Northeast Public Radio.