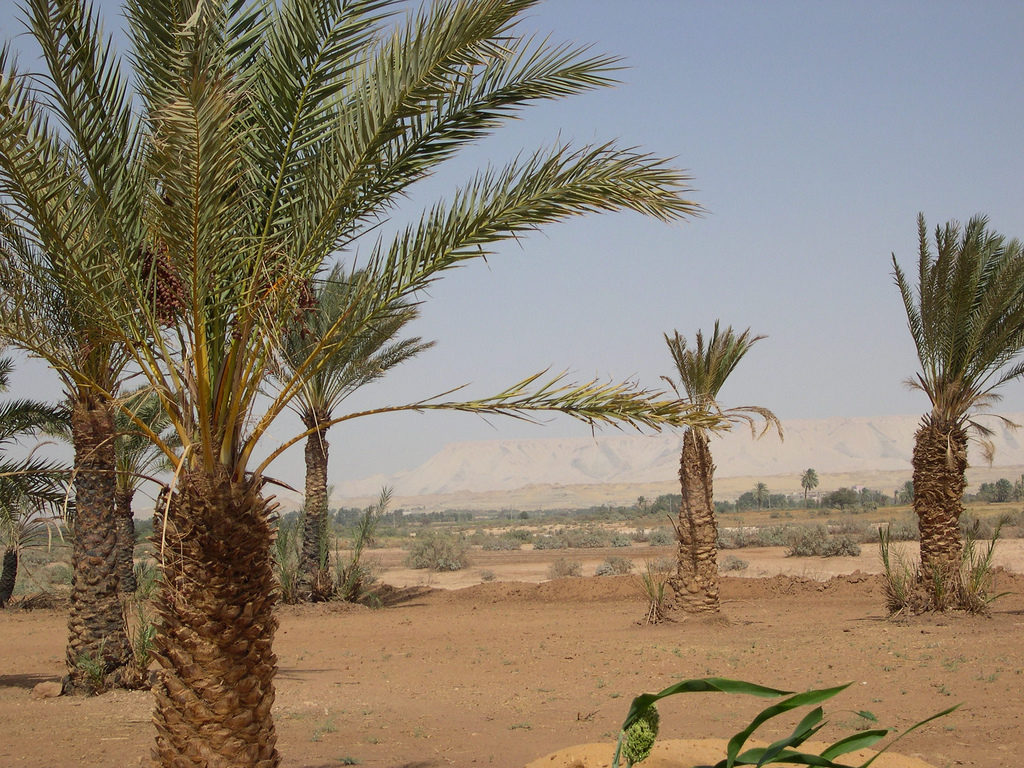 Most oases owe their existence to human ingenuity in sustainable water management.  By tapping into natural underground aquifers and channeling rainfall, people have kept these habitats lush for centuries.  Water-efficient date palms have historically provided deep shade and a humid habitat.   Their dense canopies allowed orchards, vegetables, and forage crops to grow in the desert.

With the effects of the changing climate, oases in places like Morocco are disappearing.  Over the last century, two-thirds of Morocco’s oasis habitat has vanished.  Oases in other Saharan nations like Tunisia, Libya and Algeria are facing similar problems.

Rising temperatures, deepening drought, and spreading desertification are undermining the water sources on which oases depend.  Fruit groves are vanishing, date palm forests are thinning, and people who relied on oases for their livelihoods are moving away.

In response, locals are restoring ancient irrigation technologies, planting more drought-tolerant crops, and taking other steps to combat the disappearance of these unique ecosystems.  The Moroccan government has launched the Sustainable Oasis Initiative with the realization that oases are now the final frontier against desertification in the Sahara’s Maghreb region.

It is a struggle for survival for these places that have inspired our imagination for centuries.