You are here: Home / Agriculture / Wind Farms And Ordinary Farms 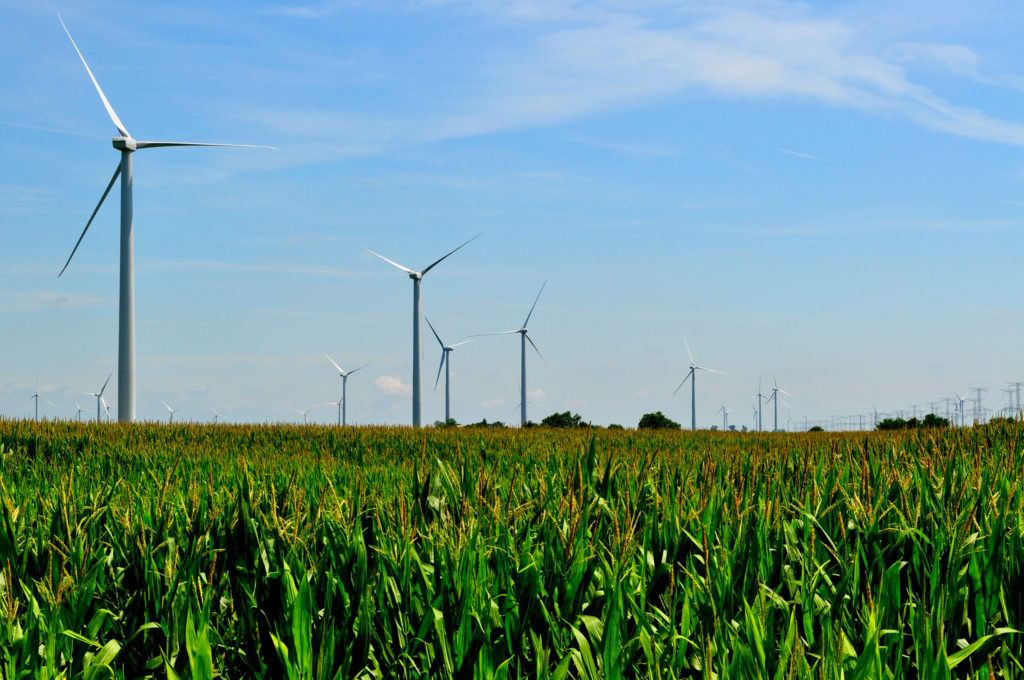 Installations like these are not without their detractors and opponents.  Some people don’t like seeing the skyscraper-tall turbines in their environment and there are various worries about aircraft safety, wildlife, noise and so on.

One topic that recently was looked at in detail is the effect that wind turbines might have on crops growing beneath and around them.  A multi-year study at Iowa State University sought to determine how the turbulence created when wind moves through wind turbines affects conditions at ground level where crops grow.

They installed monitoring equipment on research towers at a 200-turbine wind farm in Iowa and collected data for 3 years on wind speeds and directions, temperature, humidity, turbulence, gas content and precipitation.

The data show that wind turbines have a measureable impact on several key variables that affect growing conditions.  By mixing air at different elevations, they affect temperatures, cooling during the day and warming at night.  The turbulence suppresses dew formation and enriches carbon dioxide content in surrounding crops.

The result of the study was that on balance, wind turbines appear to have a small, positive impact on crops.  It is hard to tell if these effects are substantial but in any case, farmers planting wind turbines in their fields do not appear to be harming their other crops.

Wind turbines may have beneficial effects for crops, research suggests

‘Wind Farms and Ordinary Farms’ from Earth Wise is a production of WAMC Northeast Public Radio.