You are here: Home / Agriculture / The Great Salt Lake Is Shrinking 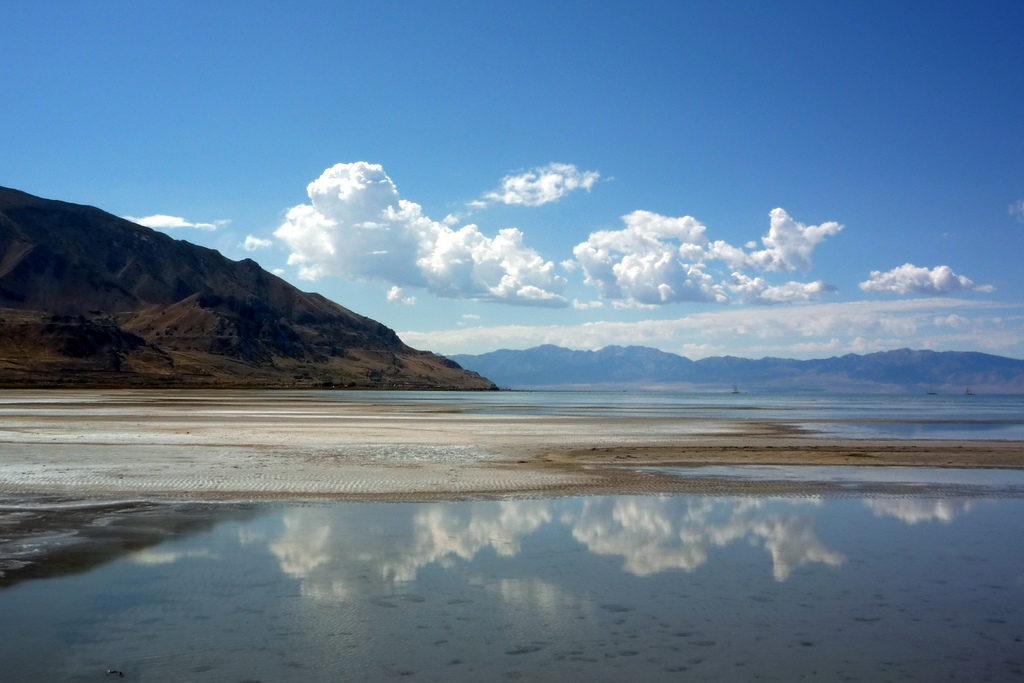 Utah’s Great Salt Lake is the largest salt water lake in the Western Hemisphere and is the largest body of water in the United States after the five Great Lakes.  When the pioneers first arrived in the area back in the middle of the 19th century, the lake spread across about 1,600 square miles.   Now, the lake covers an area of only about 1,050 square miles, a reduction of about 35%.

Not only is the lake much smaller in area, it is also at its lowest level in recorded history with a surface elevation at only 4,191 feet.

The dramatic declines in water levels are a result of decades of human activity – namely, diverting river water that normally would fill the lake, in order to use it for agriculture and industry.  River flow into the basin has been reduced by 39% since the middle of the 19th century.  These activities combined with the ongoing drought in the West are draining the Great Salt Lake.

The Farmington Bay Basin, on the eastern shore of the lake, is an area that is home to diverse wildlife, including migratory birds.  The decreasing water levels in the Bay are affecting the ecology of the area and may end up diverting the bird populations that migrate to the basin for food.  Satellite images show that over the past five years, more than three-quarters of the lake bed has become exposed in the bay, significantly diminishing the food available for wildlife.

Reversing the trend in the Great Salt Lake will require more conservation efforts, especially for agricultural irrigation.  And a wild card for the fate of the lake is what global climate change may do in the area.