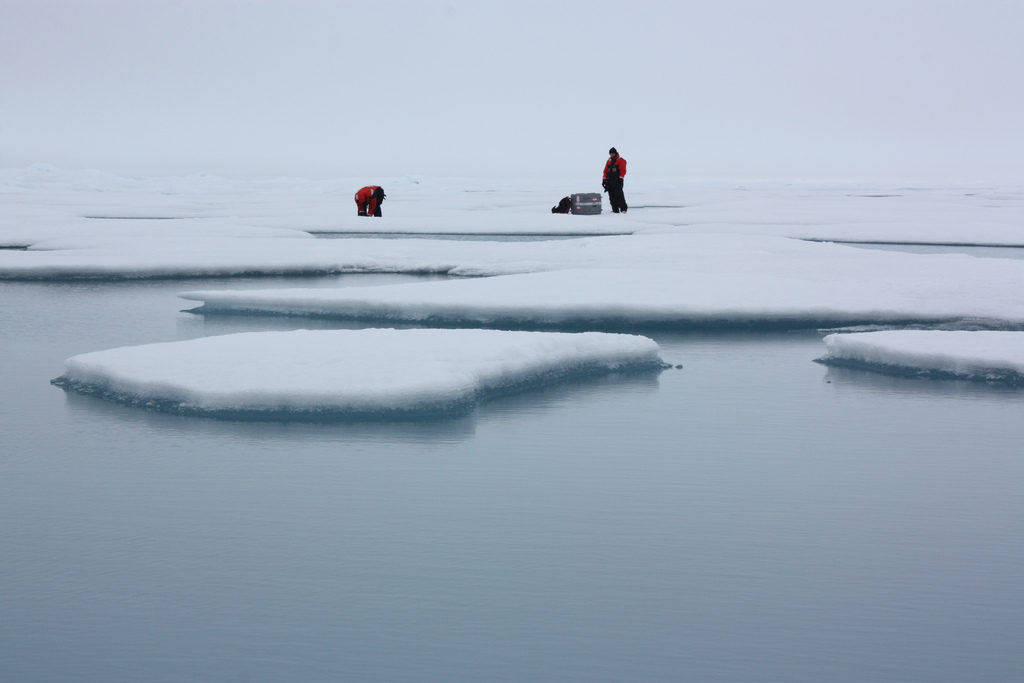 In the Arctic, November ice extent was about 3.5 million square miles, about 750,000 square miles below the average over the past 30 years.  There was a brief period in the middle of the month when total extent actually decreased by about 19,000 square miles.  This was mostly in the Barents Sea, north of Norway, Finland and Eastern Russia.

November 2016 is now the seventh month this year to hit a record low extent since satellite monitoring of the ice began in the late 1970s.

Unusually high temperatures over the Arctic Ocean, persistent winds from the south, and a warm ocean worked together to drive the record low Arctic ice extent.  Throughout the whole region northeast of Greenland towards the remote Norwegian archipelago of Svalbard, air temperatures at 2,500 feet above sea level were up to 18 degrees above the long-term average.  Sea temperatures in the Barents Sea were 7 degrees above average, preventing ice formation.

Down south, sea ice surrounding Antarctica declined very quickly in November, also setting new low levels for the month.  Higher-than-average temperatures and a rapid shift in the Antarctic circumpolar winds appear to be the cause.  While the warming Arctic has been big news for quite a while, the sudden changes in the Antarctic are an unexpected development.