You are here: Home / Air and Water / Hot Times For Santa 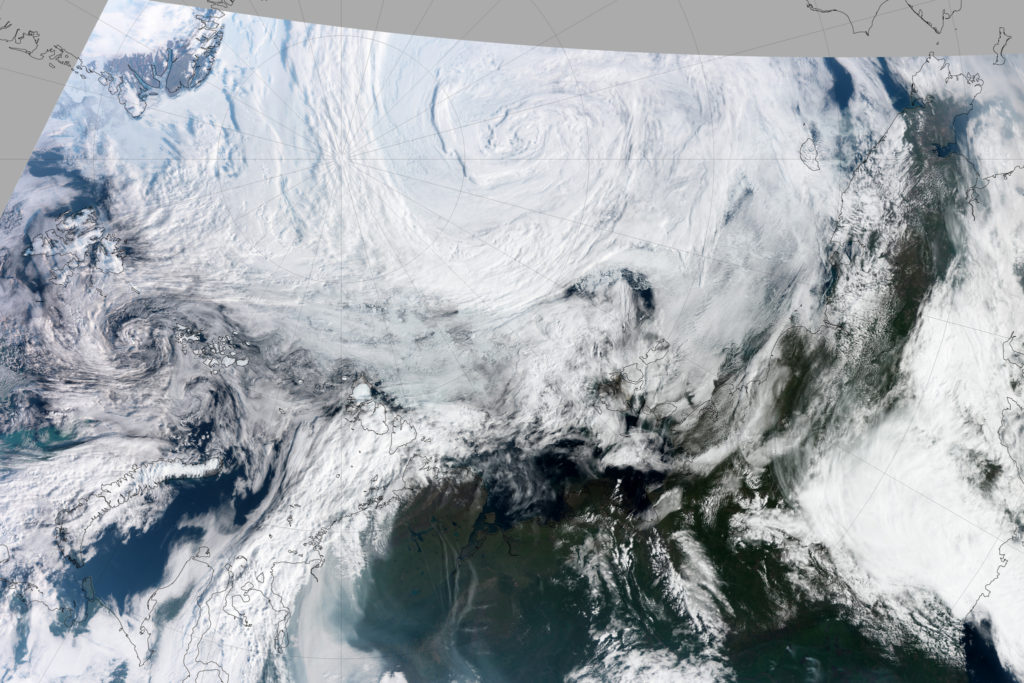 Santa Claus may have to change out of that heavy red suit this Christmas.  The North Pole, site of his fabled workshop, is seeing historically high temperatures this year.  In fact, it is 36 degrees Fahrenheit higher than it has been in past decades.  This is a staggering number.

The entire Arctic, the region that includes the North Pole, was about 13 degrees warmer in mid-November than during the past 35 years.  For most of 2016, the Arctic has had record-low amounts of sea ice and record-high temperatures.  Although a variety of factors is likely involved, the basic story is that the climate is warming and the Arctic is warming more than any other part of the globe.

Sheets of ice in the Arctic reflect the sun’s energy back into space, but as ice melts, the newly-exposed ocean absorbs the sun’s heat instead.   As the water warms, some of it evaporates into the atmosphere, which traps more heat and also forms clouds, which trap even more heat.   The warmer ocean and cloud cover further decrease the sea-ice cover, adding to the problem.  In the Arctic, the warming is inducing a feedback loop that is amplifying its effects.

All the things happening in the Arctic – the loss of sea ice, the melting of the Greenland Ice Sheet, the thawing of permafrost, the rising sea levels, and the changes in weather patterns – are consistent with the predicted effects of increasing greenhouse gases.  Unfortunately, it appears as though these things are happening much faster than anyone predicted.

‘Hot Times for Santa’ from Earth Wise is a production of WAMC Northeast Public Radio.