You are here: Home / Air and Water / Hydrogen From The Ocean 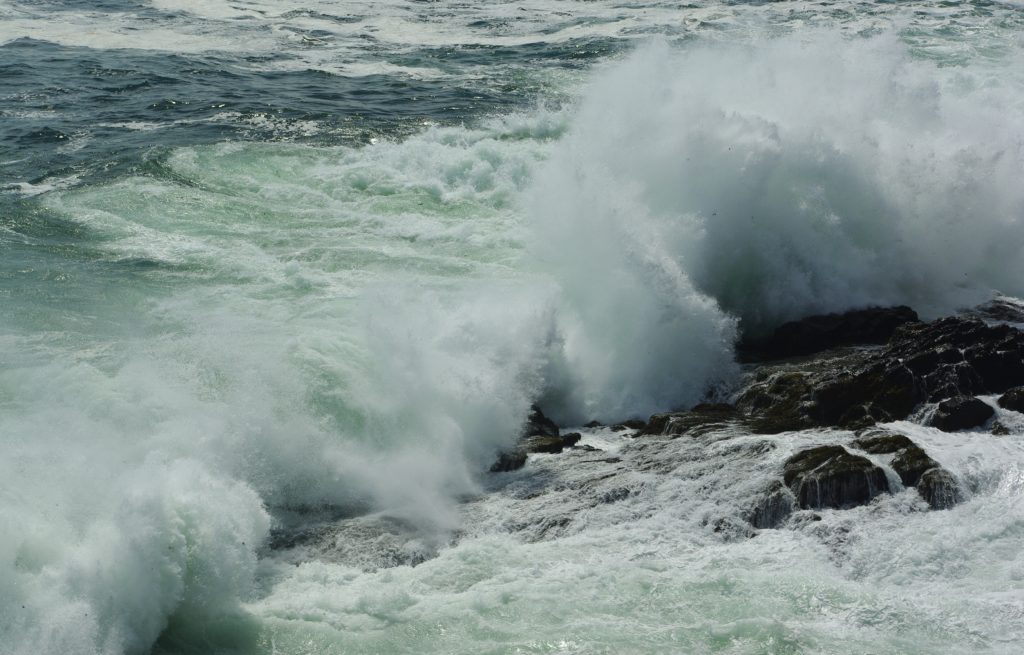 Hydrogen is the most abundant element in the universe.  Estimates are that it comprises 75% of all matter.  There is plenty of it here on earth too, but almost none of it is in its elemental form.  It is mostly bound up in compounds like water.

Pure hydrogen is a highly desirable fuel; it gives off high amounts of energy when burned but emits only water as a by-product.  The main problem with hydrogen is that we can only get it by processes that consume lots of energy and, in many cases, produce carbon emissions.  Using energy to get energy is not very efficient.

There have been recent discoveries of free hydrogen gas – previously thought to be a real rarity – in the vicinity of slow-spreading tectonic plates both deep beneath the earth’s continents and under the sea.

Researchers at Duke University have developed a model that predicts that large quantities of hydrogen may also be forming within faster-spreading tectonic plates, which are regions that underlie about half of the Mid-Ocean Ridge.  Hydrogen is released during the formation of serpentinized rocks – so-called because their surfaces resemble snakeskin.  These are rocks that are chemically altered by water as they are lifted up by the spread of tectonic plates in the earth’s crust.  The faster-spreading tectonic plates are not as plentiful as the slower ones, but the quantities of hydrogen being produced may still be quite large.

If further research confirms the predictions of the model, hydrogen mining for fuel could be real possibility. But first, scientist need to figure out where the hydrogen currently goes.  Are microbes eating it?  It is accumulating in reservoirs under the seafloor?  Right now, we just don’t know.

Oceans May Be Large, Overlooked Source of Hydrogen Gas

‘Hydrogen from the Ocean’ from Earth Wise is a production of WAMC Northeast Public Radio.