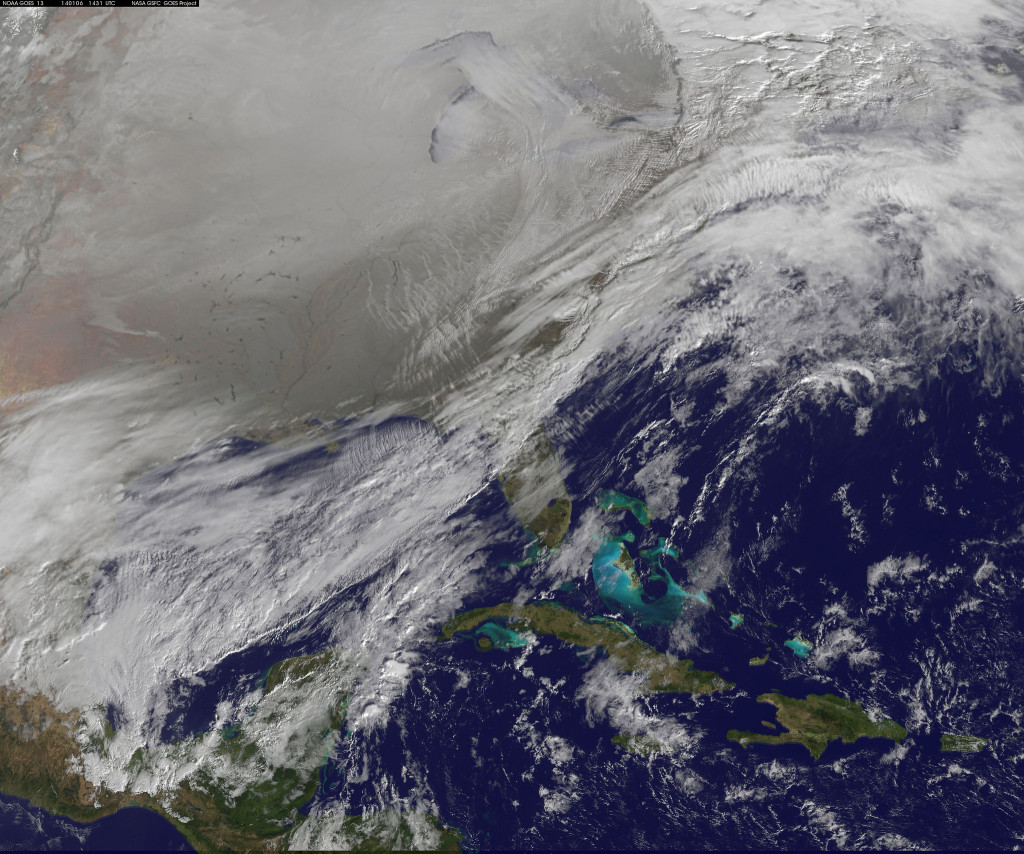 Worldwide, climate change isn’t just raising temperatures, its also altering the distribution of water. So reports an inventive new study that tapped into archival water samples to reveal how sources of precipitation have changed over time.

For more than 40 years, researchers have been collecting rain and snowfall data at the Hubbard Brook Experimental Forest in the White Mountains of New Hampshire. While water always contains two atoms of hydrogen and one atom of oxygen, its isotopic composition can vary from one water source to another.

The team found that water sources are changing, with a recent dramatic increase, especially during the winter, of water originating from the evaporation of the Arctic and the North Atlantic oceans. This is due to warmer temperatures altering the Artic vortex, and occasionally spilling frigid air onto the eastern United States. This altered circulation of moisture in the atmosphere drives changes in the global water cycle, causing, for example, Arctic water to fall as rain or snow in New Hampshire, some 2,500 miles to the south.

Myron Mitchell is an ecologist at the State University of New York College of Environmental Science and Forestry and an author on the paper.

“If climate change is affecting water supplies, what’s going to happen in the future?  How’s it going to affect people that are highly dependent upon water?  And of course one of the factors that has been discussed a lot is, for instance, rising ocean level, which is a function of temperature but also could be a function of precipitation inputs as well.”

The study will help scientists and policymakers understand how a changing climate affects the availability and distribution of water, an issue of concern to all of us.

Full interview with Myron Mitchell, an ecologist at the State University of New York College of Environmental Science and Forestry

‘Arctic Vortex’ from Earth Wise is a production of WAMC Northeast Public Radio, with script contribution from the Cary Institute of Ecosystem Studies.