You are here: Home / Podcast / Why Have Crocodiles Changed So Little Over Time? | Earth Wise 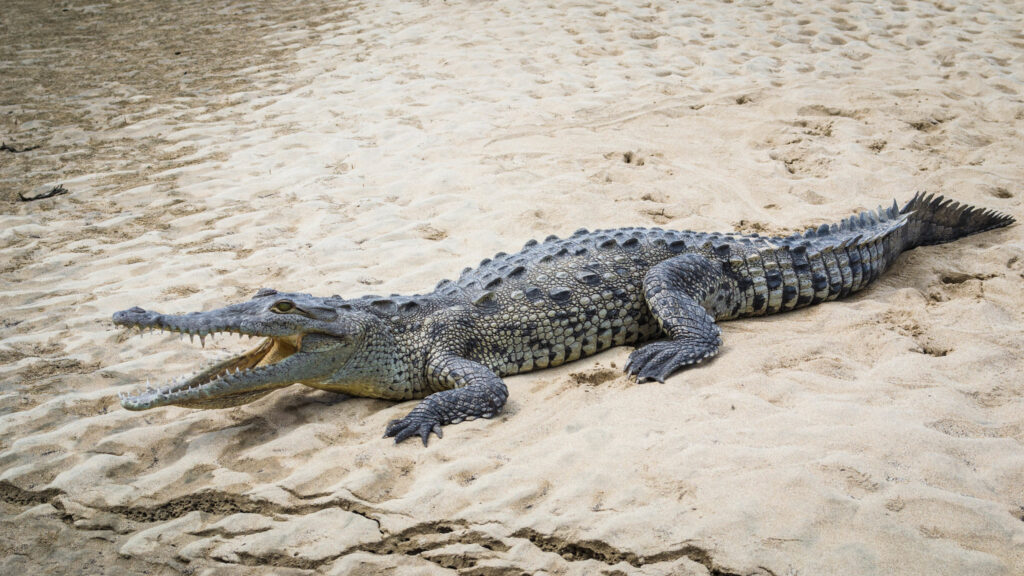 Crocodiles today look very similar to ones from the Jurassic period some 200 million years ago.  In fact, there are very few species of crocodilians alive today – approximately two dozen to be exact.  Many other species have achieved a diversity of many thousands of species in the same amount of time.

During prehistoric times, many more types of crocodiles roamed the earth, including some as big as dinosaurs and other serpentine forms that lived in the sea.

According to findings by scientists at the University of Bristol in the U.K., a stop-start pattern of evolution could explain why crocodiles have changed so little over time. In the study, which was recently published in the journal Nature Communications Biology, researchers describe how crocodiles follow a pattern of evolution known as “punctuated equilibrium.”  In other words, crocodiles’ rate of evolution is generally slow, but occasionally picks up because the environment has changed.

According to the research team, this slow rate of evolution is how crocodile diversity became so limited.  It appears crocodiles arrived at a body that was efficient and versatile.  They didn’t need to continue to change in order to survive.

This efficiency and versatility could be an explanation for why crocodiles survived the meteor impact that wiped out the dinosaurs.  Since crocodiles can’t control their body temperature and rely on the environment for warmth, they generally fare better in warm conditions.  During the age of dinosaurs, the climate was warmer than it is today, which could explain why crocodile diversity was higher.

The scientists next step is to try to figure out why some prehistoric crocodiles died out while others did not.