You are here: Home / Podcast / The Return Of The Bison 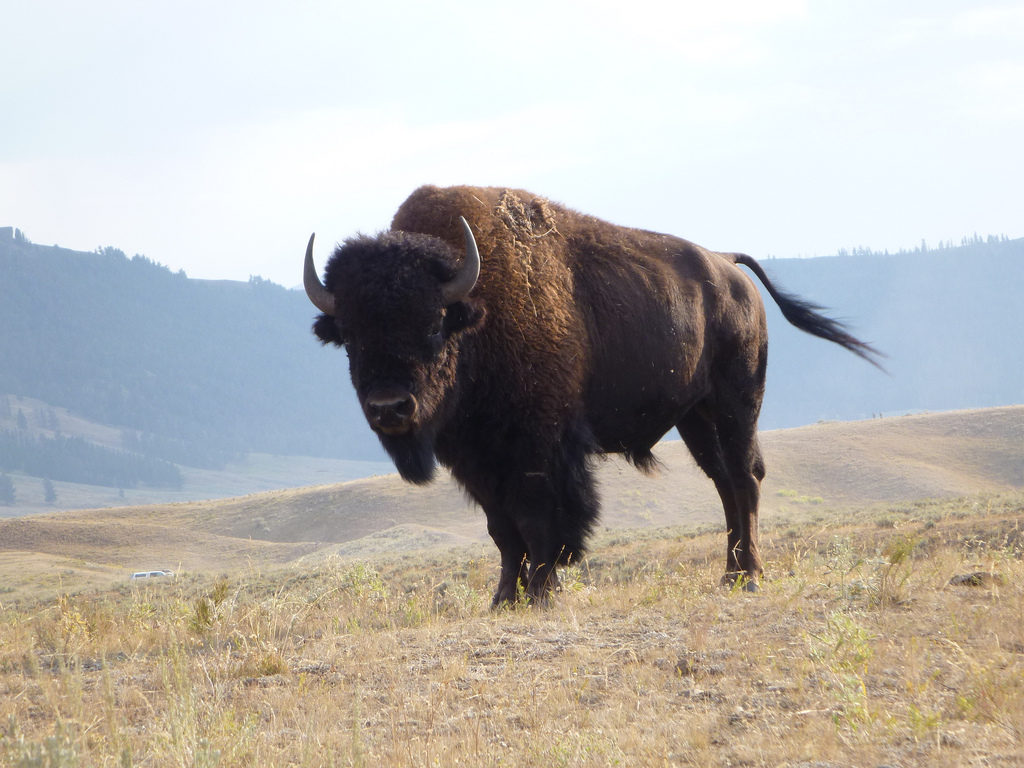 At one time there were 20 to 30 million bison in North America, dominating the landscape from the Appalachians to the Rockies, and from the Gulf Coast to Alaska.   A combination of habitat loss and totally unregulated hunting of the huge animals reduced the population to just over 1,000 in 1889.

Fortunately, the relentless destruction of the species stopped and there has been a slow resurgence.  Today, there are about 500,000 bison in North America.  Most are not pure wild bison but are cross-breeds with domestic cattle.  There are perhaps 30,000 true wild bison currently in conservation herds.

One place where bison used to roam freely is the area that is now Banff National Park in the Canadian Rockies.  Bison have been gone from that area for over a century, having been hunted to local extinction even before the park opened in 1885.

Now, bison are being reintroduced to Banff.  A small herd of 16 bison were established in a remote, enclosed area a year or so ago.  With the birth of calves, there are now 26 bison that have been released to roam freely in the park.

Similar to the situation when wolves were reintroduced to Yellowstone and had a remarkable effect on the landscape, there is great interest in the effects on the park’s ecosystem of reintroducing the bison.  Clearly, they will have a major impact on the park’s vegetation and therefore, ultimately, on many other things.  A group of scientists from the University of Calgary will be following the bison and their impact on the park in a long-term study that may take years to pay off but should be quite interesting.

‘The Return of the Bison’ from Earth Wise is a production of WAMC Northeast Public Radio.