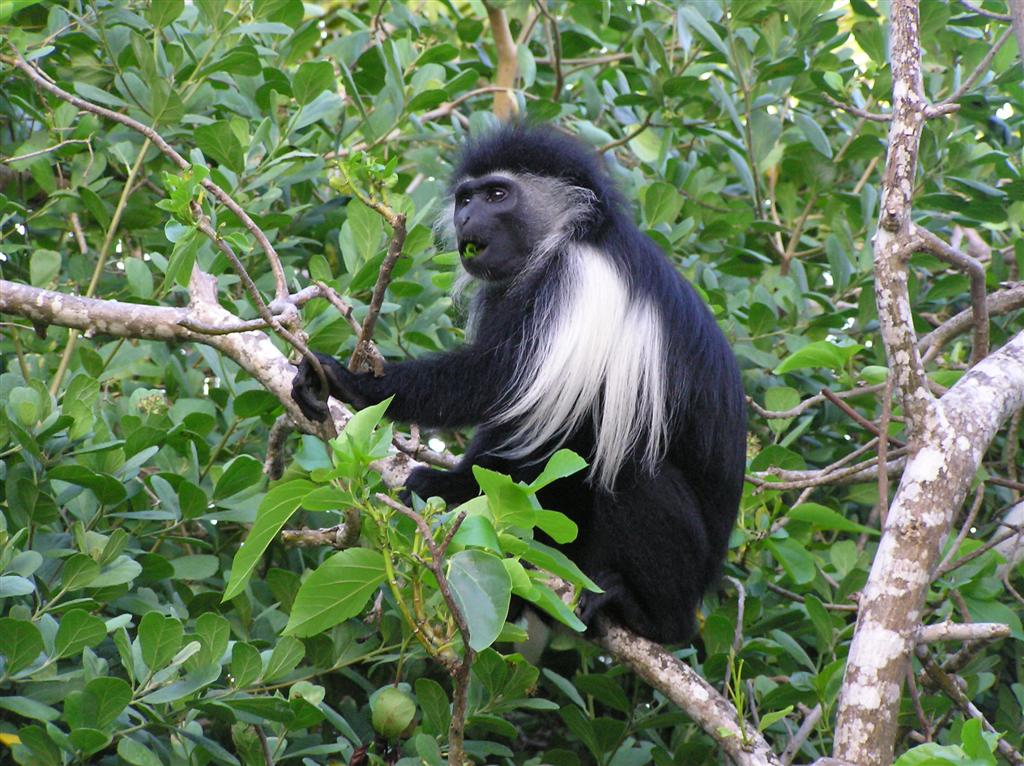 As the spread of COVID-19 continues throughout the U.S. and around the world, health officials continue to ask people to keep physical space between themselves and others outside their homes.  It’s an important and effective way to slow down and prevent the spread of disease.

But it’s not just humans who can benefit from social distancing.  It turns out that animals can, too.

Microorganisms living on or inside our bodies are important for both our health and for the development of disease.  Researchers from the University of Texas at San Antonio have found evidence for the importance of social distancing to minimize the spread of microbes among individuals.   The researchers studied wild monkeys to find out what role diet, genetics, social groupings, and distance in a social network play when it comes to the microbes found inside the gut.  The gut microbiome refers to all the microorganisms living in the digestive tract.

The research team studied the fecal matter of 45 female colobus monkeys that congregated in eight different social groups in a small forest in Ghana.  The researchers observed major differences in gut microbiomes between the eight social groups.  But individual monkeys from different groups that were more closely connected to the population’s social network had more similar gut microbiomes.  The findings, recently published in the journal Animal Behaviour, indicate that microbes may be transmitted between monkeys during occasional encounters with other monkeys from different social groups.