You are here: Home / Podcast / Strategies To Cool Off Cities | Earth Wise 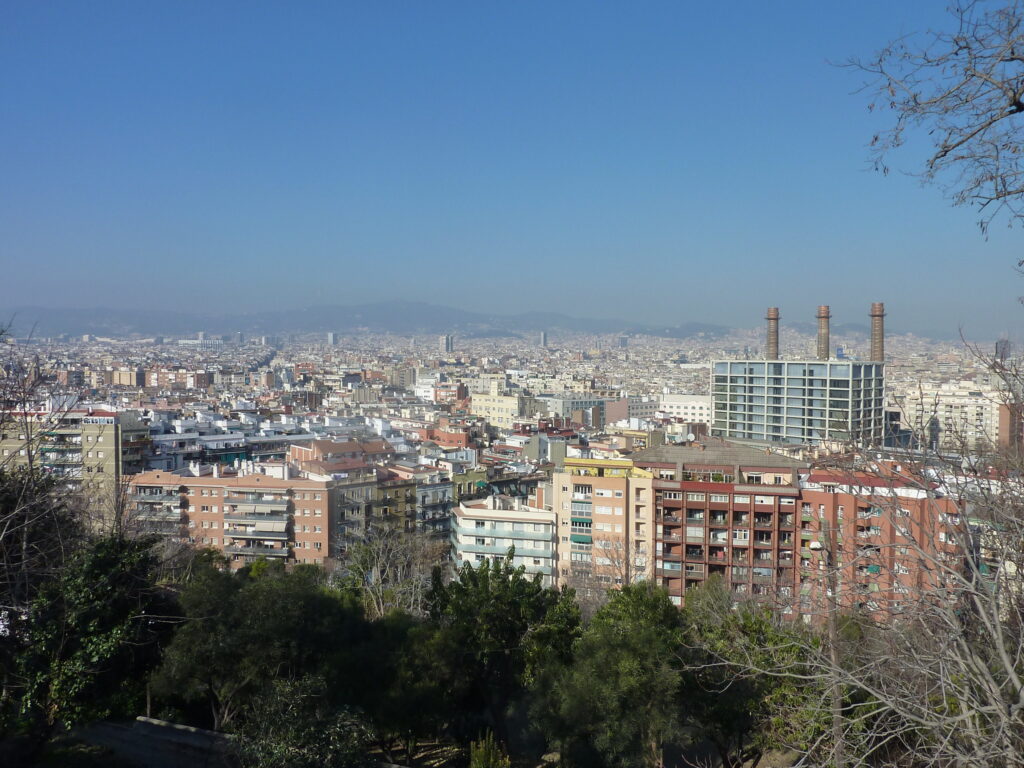 Heatwaves in cities are becoming increasingly common and increasingly intense.  The warming climate is a big factor, but it is the nature of our cities that really drives up temperatures.  Solar radiation stored throughout the day on asphalt and buildings is released slowly during the night, which generates significant heat stress.

A study carried out by a major Barcelona university and published in the journal Urban Climate looked at the effectiveness of various ways to mitigate the heating effects in cities.  In particular, the study examined the effects of the use of white roofs on buildings and the expansion of urban green areas with daily irrigation in the Barcelona metropolitan area.  It simulated various scenarios incorporating combinations of these two mitigation strategies.

The strategy with the greatest impact was a combination of the use of both white roofs and the addition of six urban parks, which is a target set by the Barcelona Urban Master Plan.  This scenario resulted in an average temperature reduction of 2.25 degrees Fahrenheit.  The maximum reduction occurs during the mid-afternoon with a reduction of 7 degrees and the combination still provides more than 3 degrees of reduction at 9 pm.  Reducing temperatures this way also results in a reduction in energy consumption, with 26% less spending on air conditioning.

The 2-pronged strategy combines the benefits of reducing the temperature at night due to more urban green areas with the reduction of daytime heat due to both the increased reflectivity of white roofs as well as the irrigation of the green areas.

The study demonstrates how modeling efforts can help urban planners to counteract the impacts of heatwaves, which are likely to increase with climate change and intensification of urbanization.