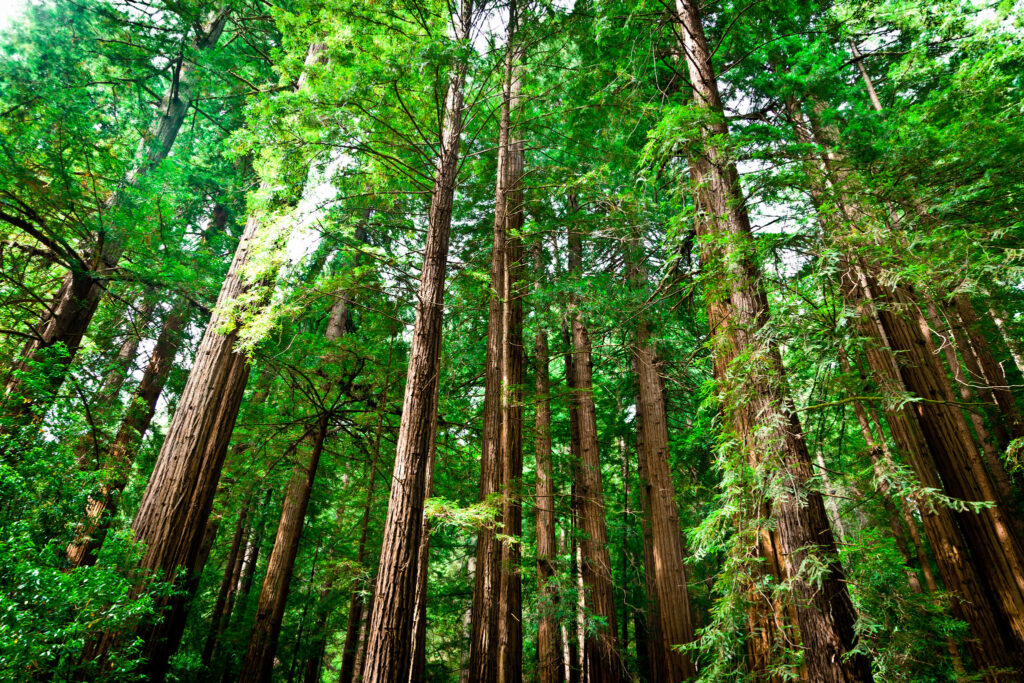 The redwoods of the California coast are the tallest trees in the world.  They are typically a couple of hundred feet tall and the tallest rise to a height of as much as 380 feet.  Scientists have been studying the unique world of the redwood forest canopy for years.  There are multiple animals that actually live up there.  In fact, some spend their entire lives at the top of a single tree.

Over the past 20 years, researchers have been climbing redwoods to observe, capture, and mark salamanders that live in the canopy.  The most arboreal species, called the wandering salamander, is a four-inch-long creature what moves up and down the branches of a tree where it spends its entire life.  The researchers discovered a remarkable ability for the little amphibian.

The salamander readily leaps from perches in the crowns of redwood trees and has the ability to easily maneuver in midair back to a trunk or branch before it plummets to the ground.  When the salamanders were startled by climbing researchers, they simply leap from the canopy and find their way to another perch lower in the tree.

The salamanders assume a skydiving posture with their forelimbs splayed out and can steer themselves by pumping their tails up and down.  They can flip themselves over if they end up upside down.  They have an impressive level of control.

What is most remarkable is that the salamanders, apart from having slightly larger foot pads, look no different from other salamanders that aren’t skydivers.  They have no skin flaps or other anatomical adaptations that would give them the ability to glide.  The researchers hope to eventually figure out just how these creatures have become expert skydivers.