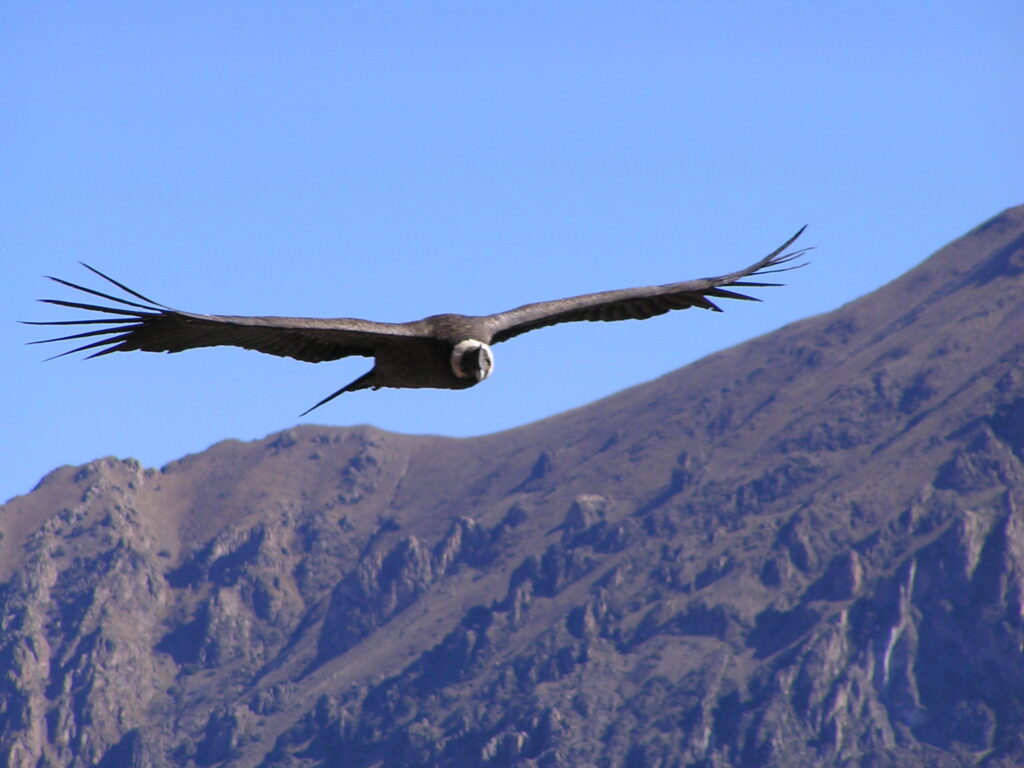 Lead poisoning is the primary threat to condors.  The birds are scavengers and feeding on the carcasses of dead animals that contain fragments of lead rifle ammunition is responsible for half of all condor deaths.

Condors historically occupied California’s Sierra Nevada mountains and were known to nest in the cavities of giant sequoia trees.  By 1982, the wild population was reduced to just 22 birds, and all of those were eventually trapped and brought into captivity to prevent extinction of the species.

A captive breeding program was undertaken at the Los Angeles Zoo and the San Diego Wild Animal Park.  With the success of that program, in 1992 the U.S. Fish and Wildlife Service began releasing condors back into the wild in the mountains of Los Padres National Forest in Southern California.  That flock has grown to about 100 birds through both wild reproduction and additional release of captive-bred birds.

The Southern California flock continues to expand its range with birds in 8 California counties and even in Arizona, Utah, and Baja California in Mexico.  The total wild population of condors is now estimated to be about 340 birds.  Recently, condors have been spotted in Sequoia National Park, a part of its historic range where the birds have been absent for nearly 50 years.