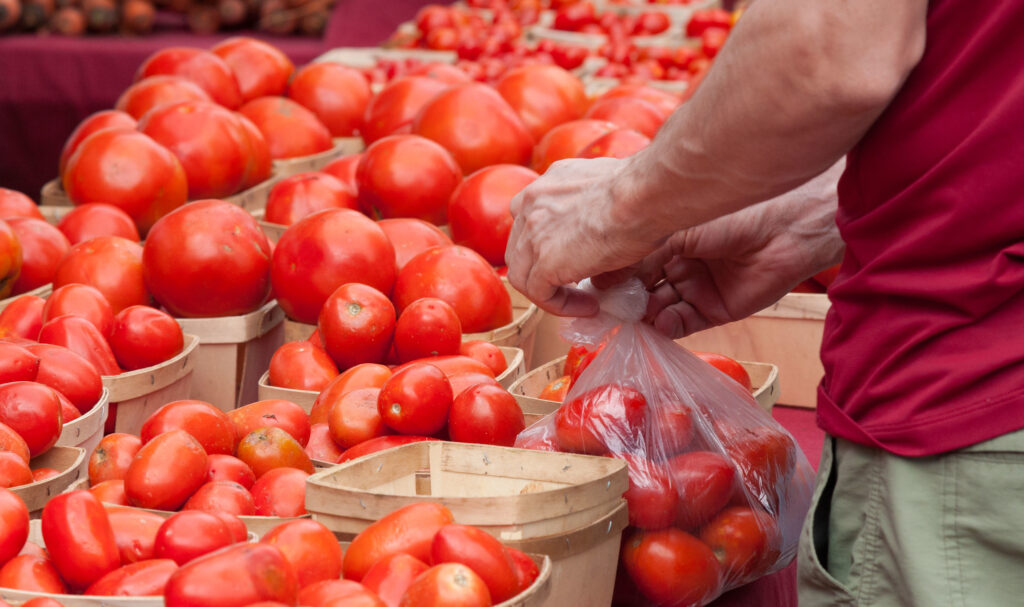 In order to prevent this cross-contamination between produce, researchers from Texas A&M University have designed a coating that can be applied to food-contact surfaces, like buckets, rollers, and conveyor belts.  The newly-created dual-function coating is both water-repellent and germicidal.  In other words, it can both repel and kill.  Without water, the researchers say bacteria can’t stick or multiply on surfaces, drastically reducing contamination.

To make this dual-function coating, the researchers chemically-attached a thin layer of silica to an aluminum sheet.  They then added a mixture of silica and lysozyme, a naturally-occurring germicidal protein found in egg whites and tears.  Together, the silica-aluminum and the silica-lysozyme formed microscopic bumps and crevices.  According to the research team, this rough texture, albeit microscopic, is the key to the coating’s superhydrophobic properties.

The researchers tested the coating’s effectiveness at curbing the growth of two strains of disease-causing bacteria:  Salmonella and Listeria.  Upon review, the number of bacteria found on the dual-coating surfaces was 99.99% less than what was found on the uncoated surfaces.

Despite the success in preventing bacterial spread, the research team said more research needs to be done to see how well the coating works for mitigating viral cross-contamination.  Since the coating would need to be reapplied after a certain amount of use, the researchers also plan to develop more permanent, dual-function coatings.