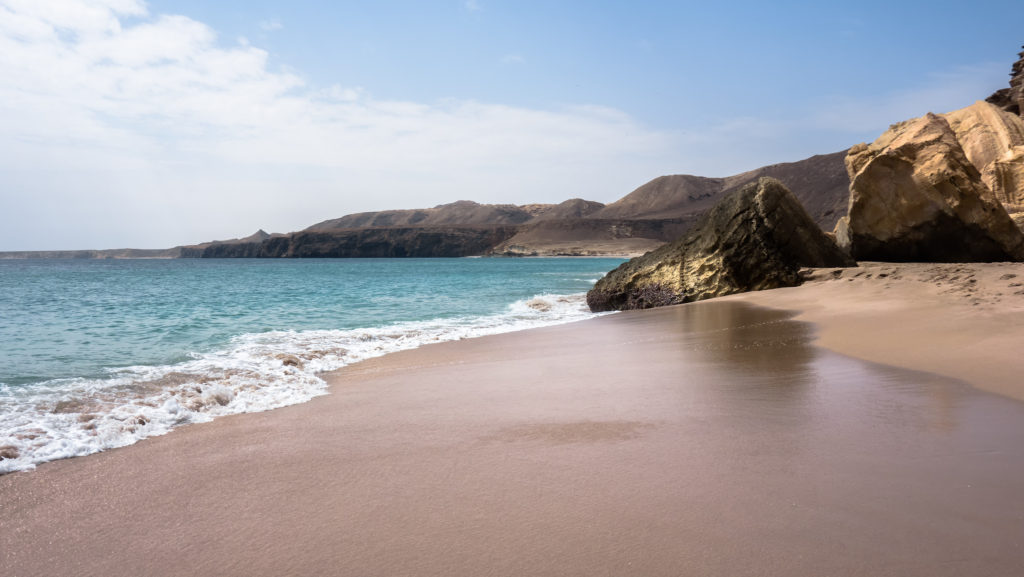 Direct-air capture is the term for removing carbon dioxide from the atmosphere and researchers and companies are working on a variety of technologies to accomplish that feat.  So far, there has been only limited success in developing them.

An alternative approach is to adapt and enhance natural processes.  One that has attracted some attention is called carbon mineralization.  Certain types of rock naturally react with carbon dioxide from the atmosphere and turn it into stone. The resultant material – called carbonate – appears in the form of white streaks through slabs of dark rock, turning ordinary rock into natural mosaics.

It turns out that the small sultanate of Oman on the Persian Gulf has some of the world’s largest concentrations of a rock called peridotite, which is particularly effective in capturing carbon dioxide.  When its surfaces are exposed to air or water, strong chemical reactions ensue.

Oman is not the only place in the world with peridotite formations – smaller amounts are found in Northern California, Papua New Guinea, Albania, and other places.  But the formations are so extensive in Oman that if it were possible to fully utilize them, they could store a few percent of the entire world’s emissions.

Researchers are investigating a variety of schemes to exploit this natural phenomenon and expand it to a meaningful scale.  Whether storing CO2 in Oman’s and other places’ rocks can be practical and economical remains to be seen.

The rocks here in Oman are special, this scientist says

‘Oman’s Rocks’ from Earth Wise is a production of WAMC Northeast Public Radio.