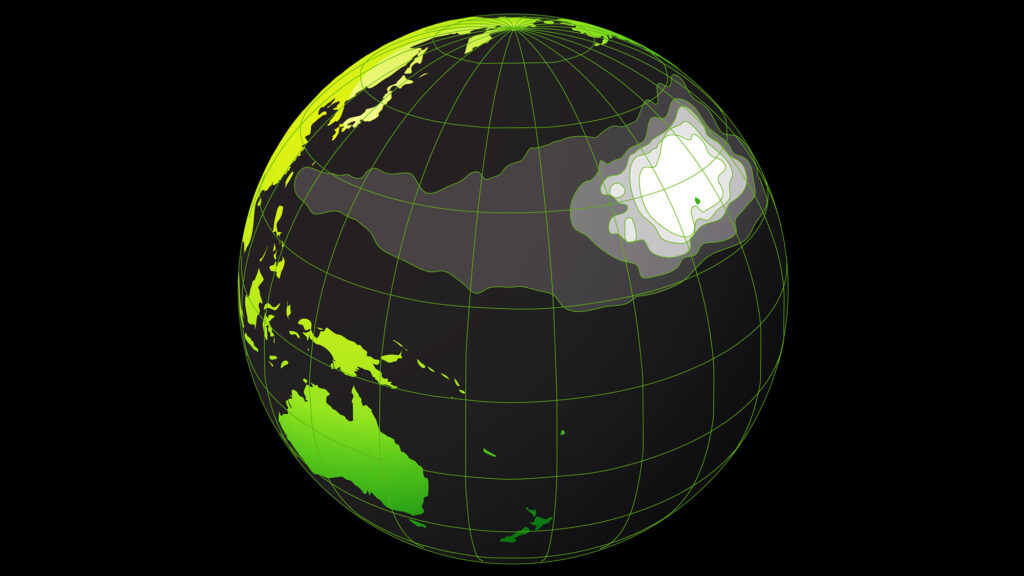 The world’s oceans contain five gyres, which are large systems of circular currents created by global wind patterns and the Earth’s rotation.   Gyres act like gigantic whirlpools.  Anything that floats into one of them eventually ends up in the center.   Ever since floating plastic waste started entering the ocean, it has poured into these gyres and created so-called garbage patches.  The largest of these is the Great Pacific Garbage Patch, located halfway between Hawaii and California.  According to the Ocean Cleanup Foundation, the Great Pacific Patch contains at least 79,000 tons of plastic.

It turns out that the Great Pacific Garbage Patch is absolutely teeming with life, primarily small surface-dwelling animals that are collectively known as neuston.  A ship surveying the garbage patch found that in some places, there were nearly as many neuston as there are pieces of plastic.

Typical creatures in the patch are blue dragon nudibranchs, Portuguese man-o-wars, anemones, sea snails, blue buttons (which are related to jellyfish) and hydrozoans.  It appears that these creatures are reproducing within the garbage patch.  Little is actually known about the life history and ecology of these creatures, so that studying the garbage patch is offering valuable insights to scientists.

Two nonprofit organizations are working to remove floating plastic from the Great Pacific Garbage Patch.  Evidently, removing this existing pollution from the ocean is likely to have unexpected effects on the local ecosystem and is a source of at least some controversy.  One thing that isn’t controversial, however, is that we need to stop the flow of plastic into the ocean.

The Ocean’s Biggest Garbage Pile Is Full of Floating Life

Photo, posted in April, 2012, courtesy of Steven Guerrisi via Flickr.