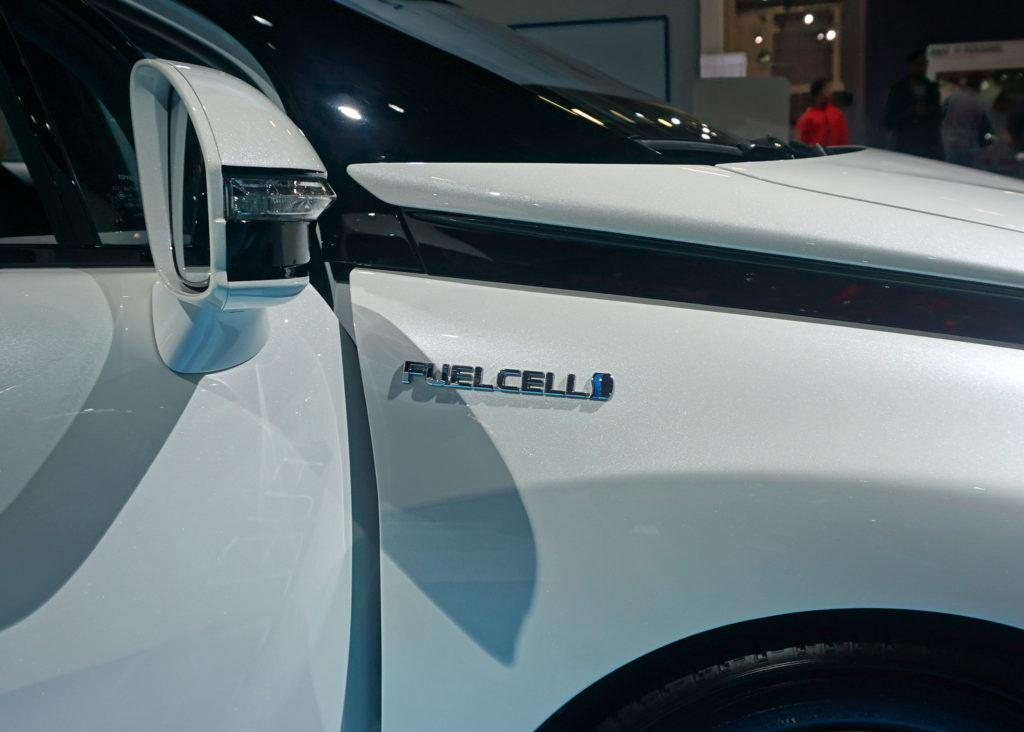 As low-cost solar and wind energy become increasingly pervasive, the prospects for hydrogen-based transportation systems are improving.  The reason is that cheap electricity makes it practical to produce hydrogen by breaking down water rather than getting it from reforming natural gas, which results in carbon dioxide emissions.  The real goal is for hydrogen to be a renewable and carbon-free fuel.

As a result, there are a number of recent initiatives underway for using fuel cell technology in transportation.   The U.S. Air Force is exploring the use of fuel cells at its facilities in Hawaii.  It has a fuel cell electric bus at Joint Base Pearl Harbor-Hickam and it is developing hydrogen-powered fighter weapons loaders and aircraft tugs.

The Go Transit service in the Toronto area has engaged global firms Alstom and Siemens for developing fuel cell trains.  The so-called “hydrail” system would make use of renewable hydrogen produced by water splitting.  Ontario province is trying to become a world leader in using fuel cell trains to replace diesel locomotives.

The slow trickle of fuel-cell-powered automobiles is increasing despite high costs and the continuing lack of hydrogen fuel stations.  Hyundai is introducing a new fuel cell car called the Nexo which can go 370 miles between hydrogen fill-ups.  It goes on sale next year.   The electric truck start-up company Nikola is introducing a fuel-cell electric long-haul semi truck that will go head to head against Tesla’s battery-powered truck.  Fuel cell forklifts are already becoming competitive against battery-powered versions in warehouses and seaports where reducing emissions is a priority.

The much-touted hydrogen economy is still a futuristic vision, but it is slowly becoming more real all the time.

Buses, Trains and Automobiles: The Hydrogen Economy Is Coming To Town

‘Hydrogen Progress’ from Earth Wise is a production of WAMC Northeast Public Radio.