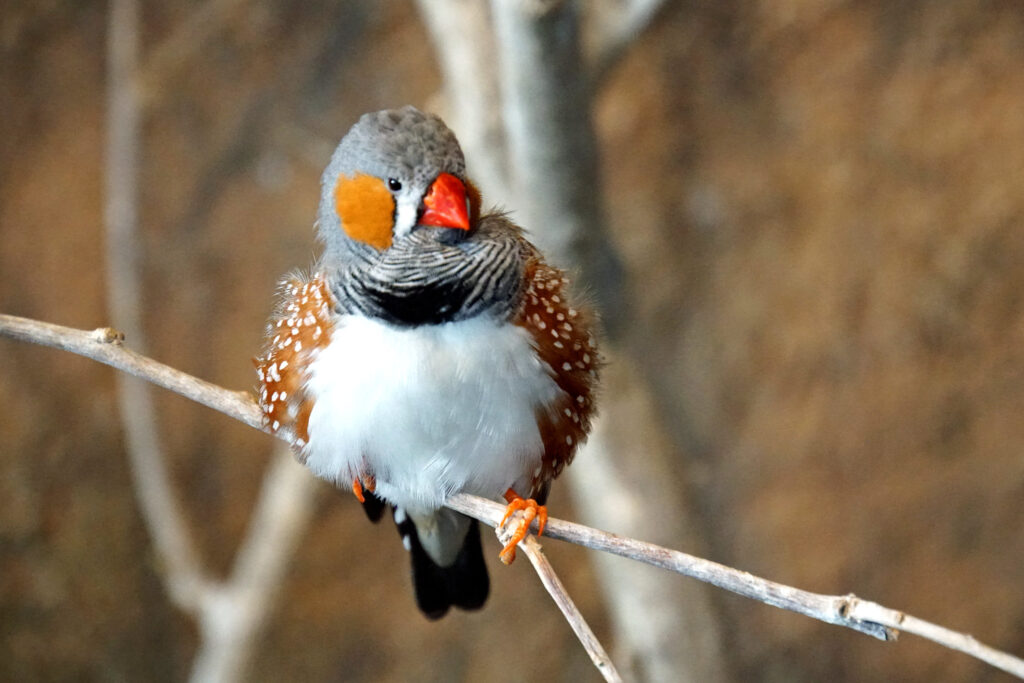 The increased occurrence and intensity of heatwaves around the world is affecting most living things.  Heatwaves can be lethal for warm-blooded animals – including people – but the behavioral and physiological effects of sub-lethal heat have not been extensively studied.  Heat that doesn’t kill animals can still impact their ability to adapt and thrive as the climate changes.

Researchers at the University of Tennessee in Knoxville recently published a new study that examined how heat impacts the behavior and physiology of Zebra finches.  They exposed the birds to a four-hour heat challenge, similar to what wild birds might experience during a hot summer afternoon.   They used Zebra finches because these songbirds experience extreme temperature fluctuations in their native Australia.

The team measured heat effects on thermoregulatory behavior, how heat alters gene activity in tissues critical to reproduction, and how heat affects the area of the brain that controls singing.  The evidence showed that even sub-lethal heat can change a bird’s ability to reproduce both from the functioning of its reproductive system and its motivational circuits for mating behavior.

The researchers found that some individual birds were better able to minimize the physiological effect of heat, for example by adjusting their behavior to dissipate heat.  Some individuals and even some species are likely to be able to adapt to increasingly extreme temperatures.

Global bird populations have been dramatically declining over the past few decades.  Previous studies have shown that birds sing less during heatwaves. Based on the new study, it appears that increasing heatwaves may be a potential underlying mechanism for the decline in bird populations.