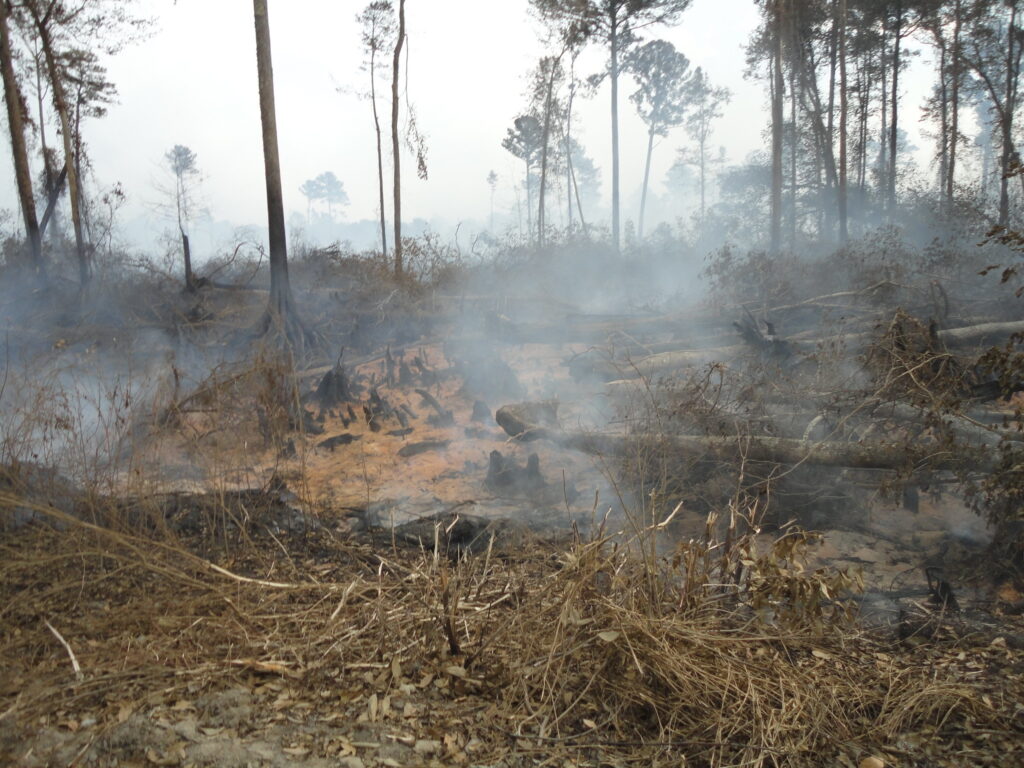 Peat fires are a global threat to both economies and the environment.  They generally burn a smaller area than fast-moving forest fires, but they can burn up to ten times more fuel matter per acre, producing far more smoke and far more carbon emissions.  They ignite very easily, are notoriously difficult to put out, all while releasing as much as 100 times more carbon into the atmosphere than flaming fires.  Some smoldering peat megafires are the largest and longest burning fires on Earth and are responsible for as much as 15% of annual global greenhouse gas emissions.

Peat fires are known as “zombie fires” because of their ability to hide and smolder underground and then reemerge as new flames days or weeks after they were supposedly extinguished.

Firefighters use billions of gallons of water to tackle a peat fire.  For example, fighting the 2008 Evans Road peat fire in North Carolina used up 2 billion gallons of water.  When water alone is used to extinguish peat fires, it tends to create large channels in the soil, which diverts water from nearby smoldering hotspots.  This is one reason that it is so difficult to extinguish a peat fire.

Researchers at Imperial College London have combined water with an environmentally friendly fire suppressant – one already used on flaming wildfires – and tested its use on peat fires.  They found that adding the suppressant to water helped them put out peat fires nearly twice as fast as using water alone, while using only a third to half of the usual amount of water.  The suppressant reduces the surface tension of the liquid, making it less likely to create large channels.  Instead, the liquid flows uniformly through the soil.  This could be an important tool in battling peat fires.