You are here: Home / Podcast / Even The Common House Sparrow Is Declining | Earth Wise 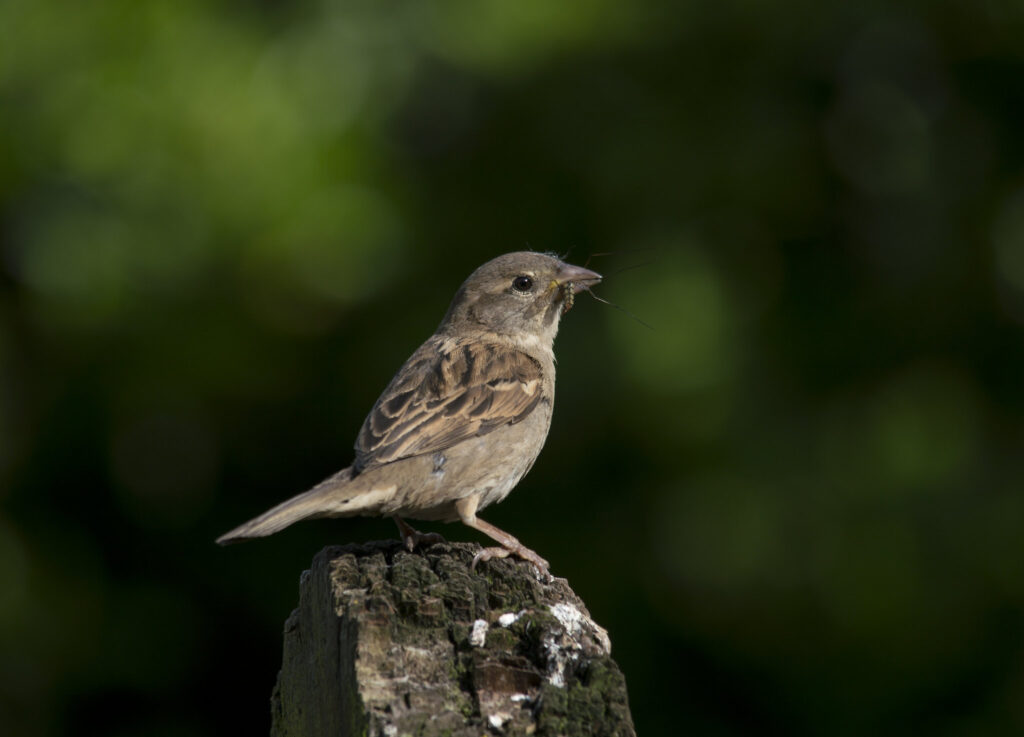 According to the first-ever comprehensive assessment of net bird populations published in 2019, nearly three billion birds have disappeared in the United States and Canada since 1970.  The study, by researchers from the Cornell University Lab of Ornithology, found that North American bird populations have lost 2.9 billion breeding adults during that timespan.  Forests lost one billion birds, and grassland birds declined 53%.

According to a newer study from Cornell University, it appears that even the common house sparrow is declining.  In parts of its native range in Europe, house sparrow numbers are down nearly 60%.  Researchers from the Cornell Lab of Ornithology sought to clarify the status of the species in the U.S. and Canada by using 21 years of citizen science data collected through its Project Feederwatch program.

Project FeederWatch is a winter-long survey of birds that visit feeders at backyards, nature centers, community areas, and other locales. For the study, which was recently published in the Wilson Journal of Ornithology, the research team reviewed recorded observations of house sparrows during their non-breeding season.  These sightings from nearly 12,500 sites were used and cross-referenced with the National Land Cover database to determine whether the U.S. sightings came from rural or urban locations.

The researchers say a lack of green space and nesting sites in urban areas are likely factors in the population declines.

Study finds even the common house sparrow is declining